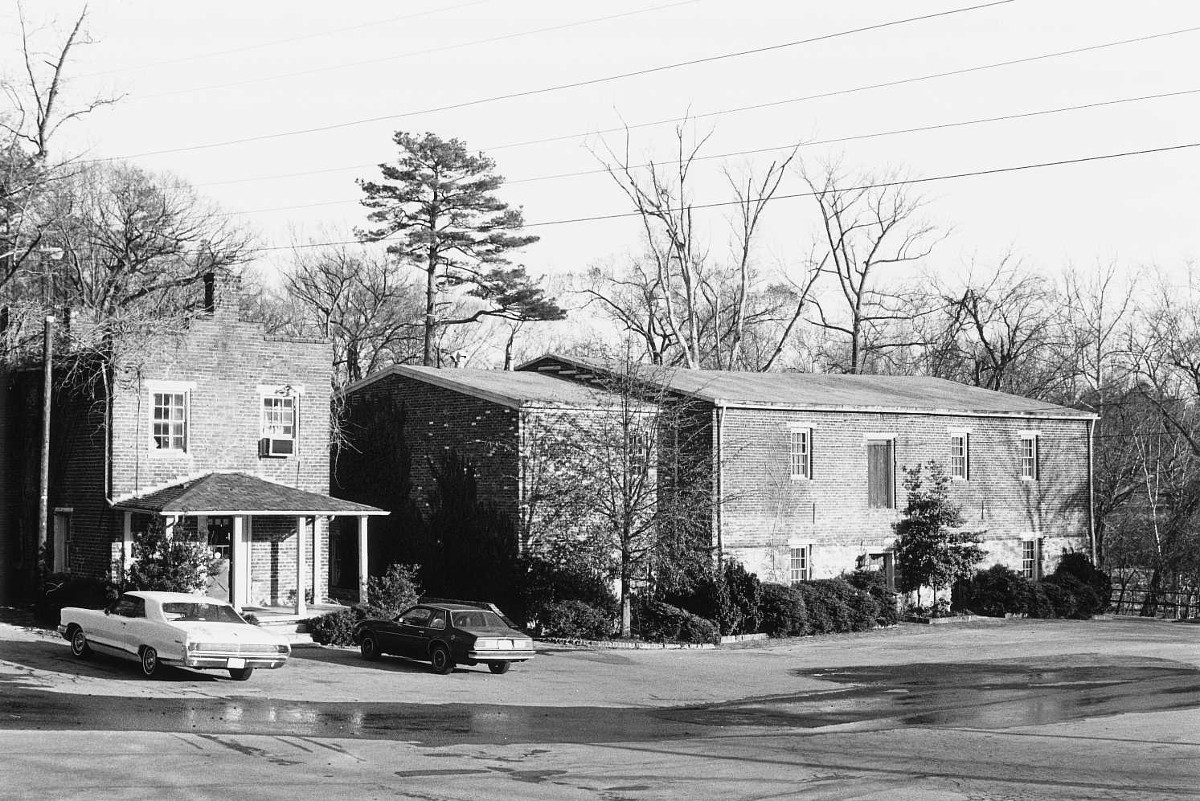 Milling operations were conducted at this Swift Creek site from the mid-17th century into the 1950s. The present brick structure dates mostly from 1852 when the property was acquired by the Swift Creek Manufacturing Company, but its massive stone foundations may incorporate fabric of the original mill erected by Henry Randolph ca. 1660. Civil War action centered around the mill on May 10, 1864, when Gen. Benjamin Butler attempted a crossing of Swift Creek in a move against Gen. George Pickett’s Confederate troops on the north bank. In 1964, the building was adapted into a restaurant and playhouse, preserving much original fabric including three large grinding stones in their original casings. Adjacent to the mill is a mid-19th-century mill store, a rare surviving example of this type of ancillary structure.