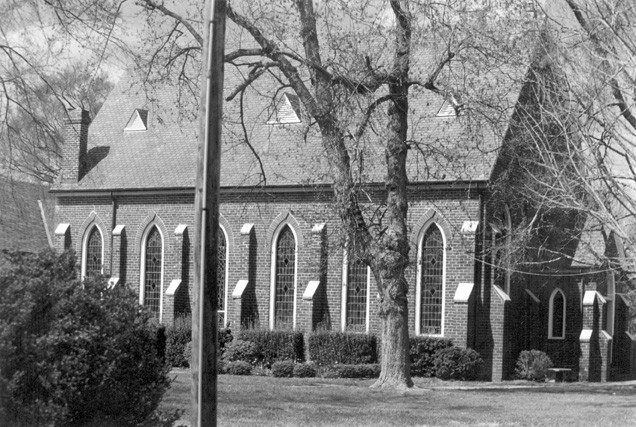 Bethel Baptist Church, built in 1894, is a Gothic Revival brick building with decorative buttresses defining each bay. The building features a steep, slate-covered gable roof. Many founding members descended from French Huguenots, and the form and detailing of the church appears to be based on French, rather than English Gothic, models. The interior displays a rib-vaulted chancel and tongue-and-groove, beaded-pine wainscoting and ceiling. This is the congregation’s third building, which replaced an 1820s meeting house. In 1907, 1980, and 1987 additions were made to the church for classroom and office space. Adjacent to the church sits a 1910 gymnasium, now used as the educational building/fellowship hall. During the antebellum years, the church had a large African American membership, and a separate black congregation formed during the Civil War. A handsome cast-iron fence encloses the cemetery, established in 1885.