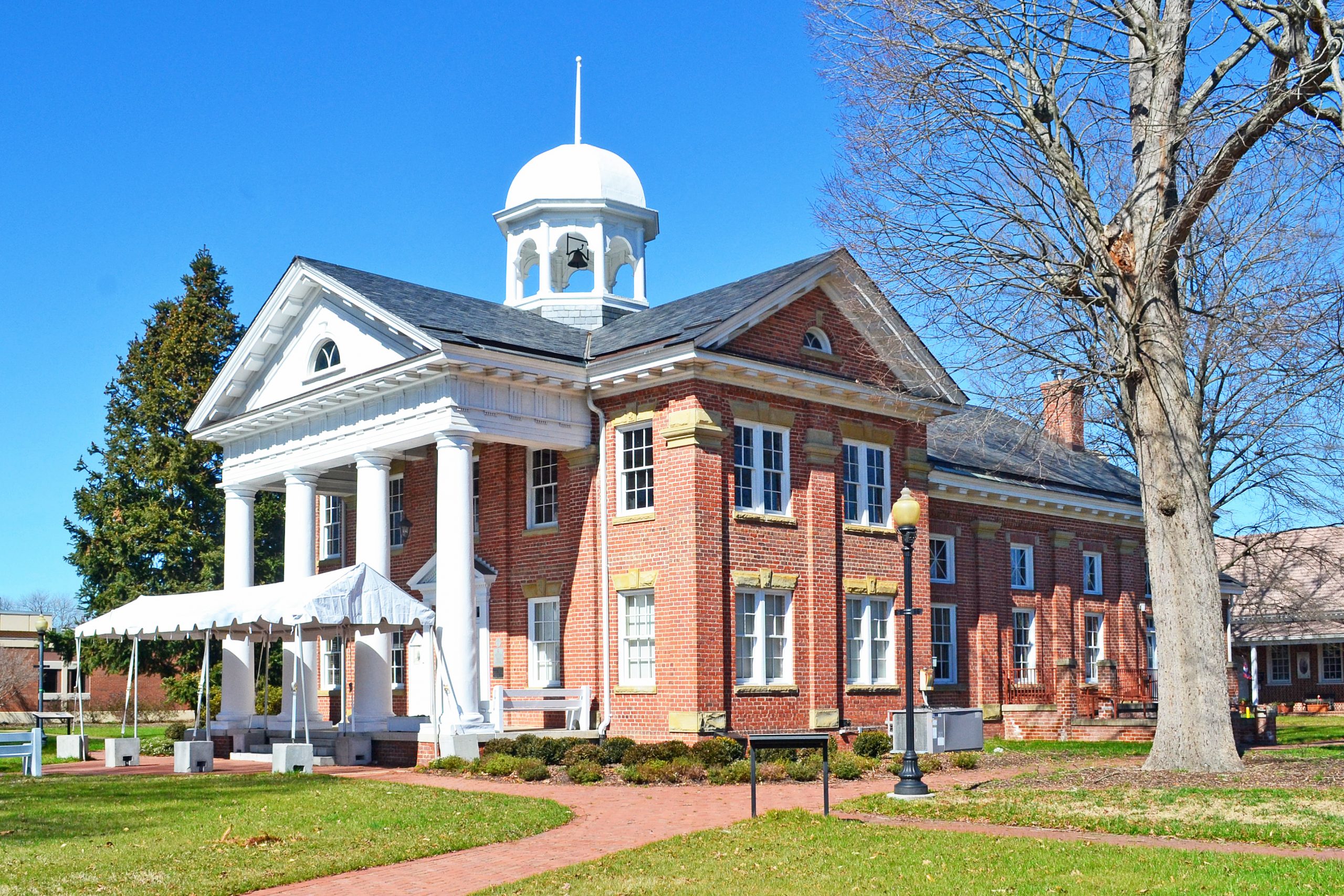 Chesterfield County’s courthouse square has been the location of the county seat since the county was formed in 1749. The site was chosen because of its situation near the county’s geographic center, and because it was at the intersection of five roads. The colonial courthouse was demolished in 1917 despite early preservation sentiment. The 1918 courthouse which replaced it was designed by J. T. Skinner of Petersburg, and built by the Vaughan Construction Co. of Shawsville. A competent essay in the Colonial Revival style, its general form, with its portico and octagonal cupola, recalls the colonial James City County Courthouse in Williamsburg. Also in the tree-shaded square is the 1828 clerk’s office, the 1889 clerk’s office, and 1892 jail. A replica of the 1749 courthouse, built here in 1976-77, houses the Chesterfield County Museum.