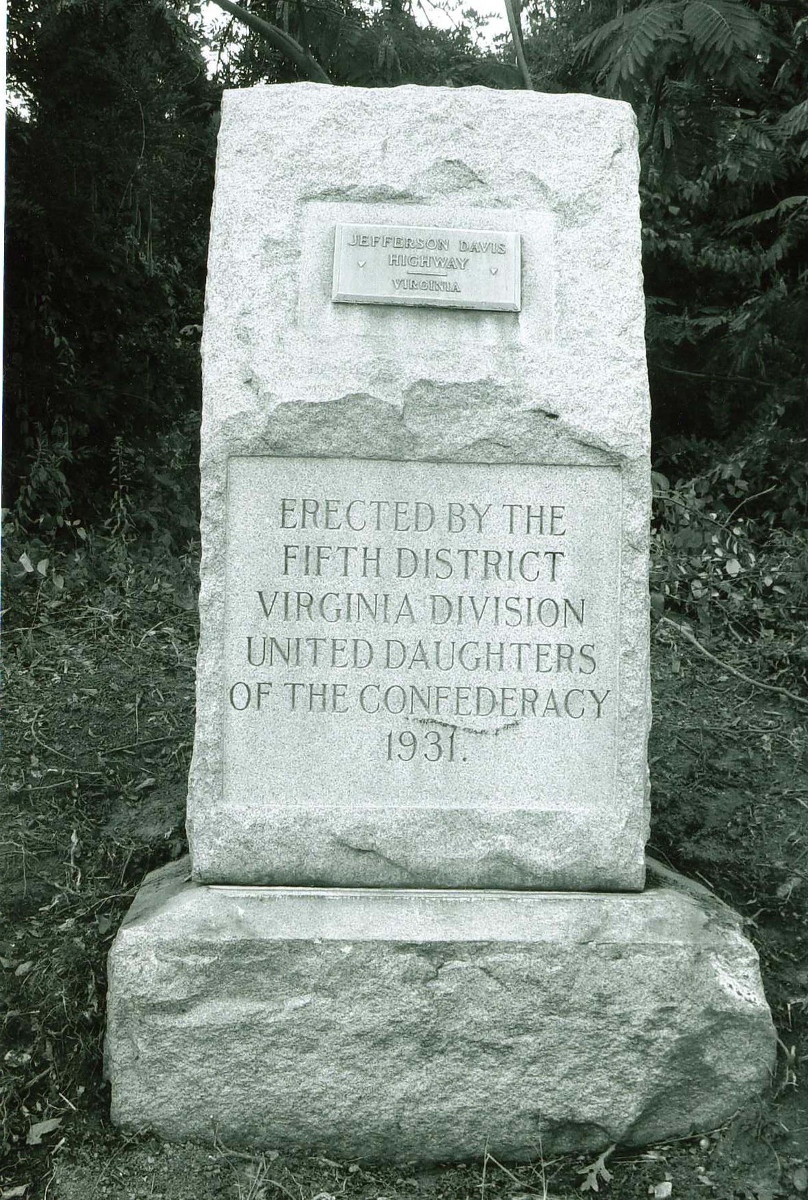 The Proctor Creek Highway Marker is one of 16 markers erected along the Jefferson Davis Highway between 1927 and 1947 as a memorial to Jefferson Davis, only president of the Confederate States of America. The markers were funded and erected by the United Daughters of the Confederacy in an effort that was replicated in other former Confederate states to designate a cross-country route from Arlington to San Diego, mapped as the Jefferson Davis Highway. The route in Virginia generally follows U.S. Route 1, extending 235 miles from the Potomac River Bridge in Arlington south to the North Carolina line. The Proctor Creek marker is located near the site of the 1864 Battle of Proctor’s Creek. The name for the highway in Virginia was approved by the General Assembly in 1922.