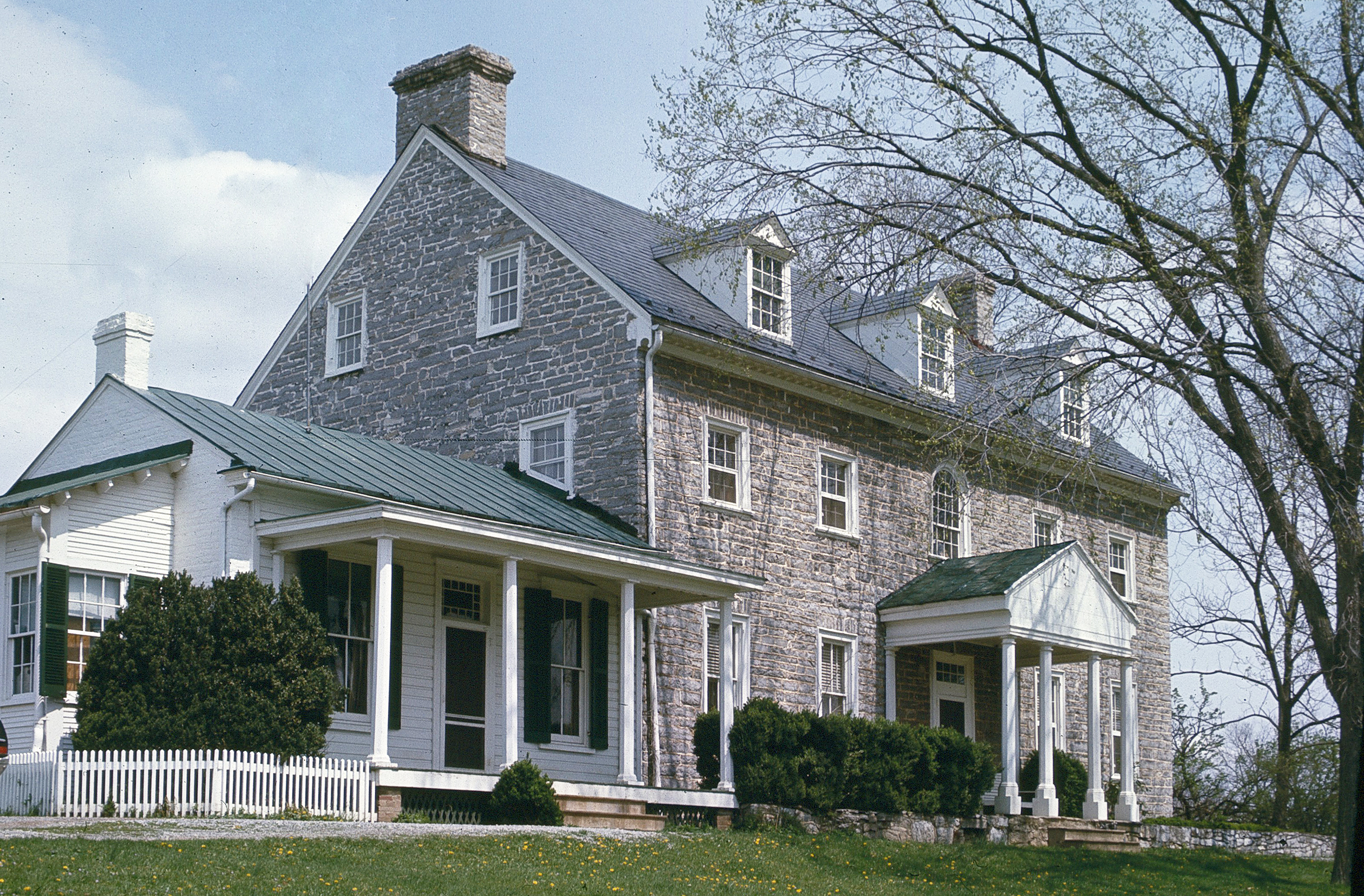 Revolutionary War soldier Daniel Morgan had this Georgian mansion begun for himself in 1779 while on leave from the war. He named it in honor of the battle of Saratoga, in which he had distinguished himself as a military leader. The house was probably constructed by Hessian soldiers held prisoner in nearby Winchester. Recalled to active service in 1780, Morgan was made a brigadier general and won a brilliant victory against the British at Cowpens in South Carolina. In the antebellum period Saratoga was the home of Philip Pendleton Cooke, Virginia storywriter and poet. It was later occupied by his brother, John Esten Cooke, historical novelist and biographer. The house is a distinguished example of the large stone plantation houses erected in the lower Shenandoah Valley in the late 18th century. The little-changed interior preserves paneled woodwork. On the farm, located within the listed Greenway Rural Historic District, are several early outbuildings.