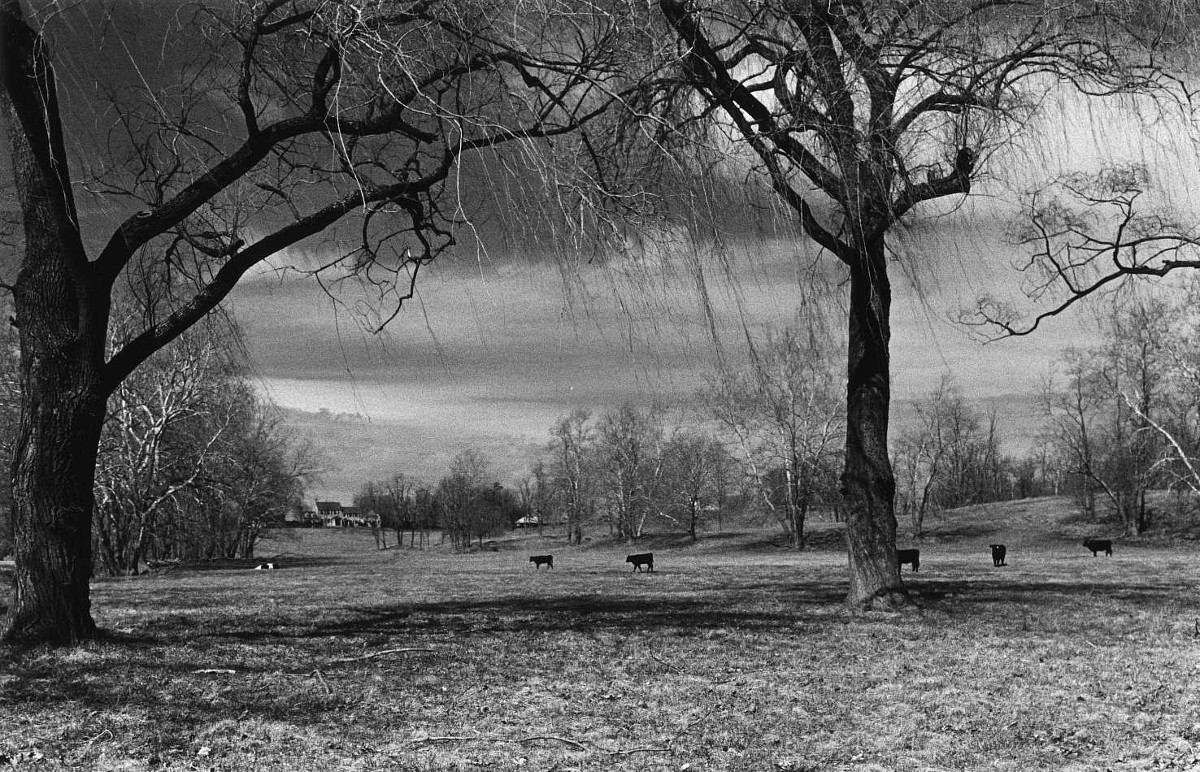 One of Virginia’s most scenic cultural landscapes, this rural historic district contains roughly thirty square miles of mostly connecting historic farms. Unlike other areas of western Virginia, Clarke County was settled by members of landed families from the Tidewater who brought here an appreciation for stylish architecture and the means to build fine country seats. Leading families who established plantation complexes include the Carters, Burwells, and Meades. Among the district’s outstanding, individually registered plantation houses are Saratoga, Long Branch, The Tuleyries, and Farnley. The Greenway Rural Historic District also includes the 700-acre, state-owned, Blandy Experimental Farm, which contains the Virginia State Arboretum.  The district takes its name from Greenway Court, the country seat of Lord Fairfax. Scattered among the large estates is a collection of vernacular dwellings, mills, country churches, and schoolhouses, all connected by a network of scenic roadways. The area remains almost entirely in agricultural use, though horse breeding has replaced much of the more traditional farming.

In 1997 the district was expanded to include Brexton, a late-19th-century property in the village of Millwood, adjacent to the Carter Hall property.  Brexton was constructed as a dwelling but was later used as a private school for young women. The other resource of this type in the district is Clay Hill Academy, a boys secondary school that was much larger than Brexton, and which opened in 1888 and closed in 1902. By including Brexton in the Greenway Rural Historic District, our understanding of the history and development of education in the area is further enhanced.
[VLR Listed: 12/4/1996; NRHP Listed: 2/21/1997]

In 2008, the district boundary was increased to include the Ebenezer Baptist Church, built in 1918 to replace an earlier building that burned. The original church and a cemetery were established by African Americans in the late 1880s on land deeded through the estate of John Alexander, a large land and slave owner in Clarke County. The cemetery has approximately 200 marked graves dating back to 1892, even as several small uninscribed fieldstones may be earlier. Several prominent local African American families—including the Crittendens, Jacksons, Morrises, and Paynes—are interred there. Ebenezer Baptist Church still serves an active African American congregation.
[VLR Listed: 9/5/2007; NRHP Listed: 10/30/2007]