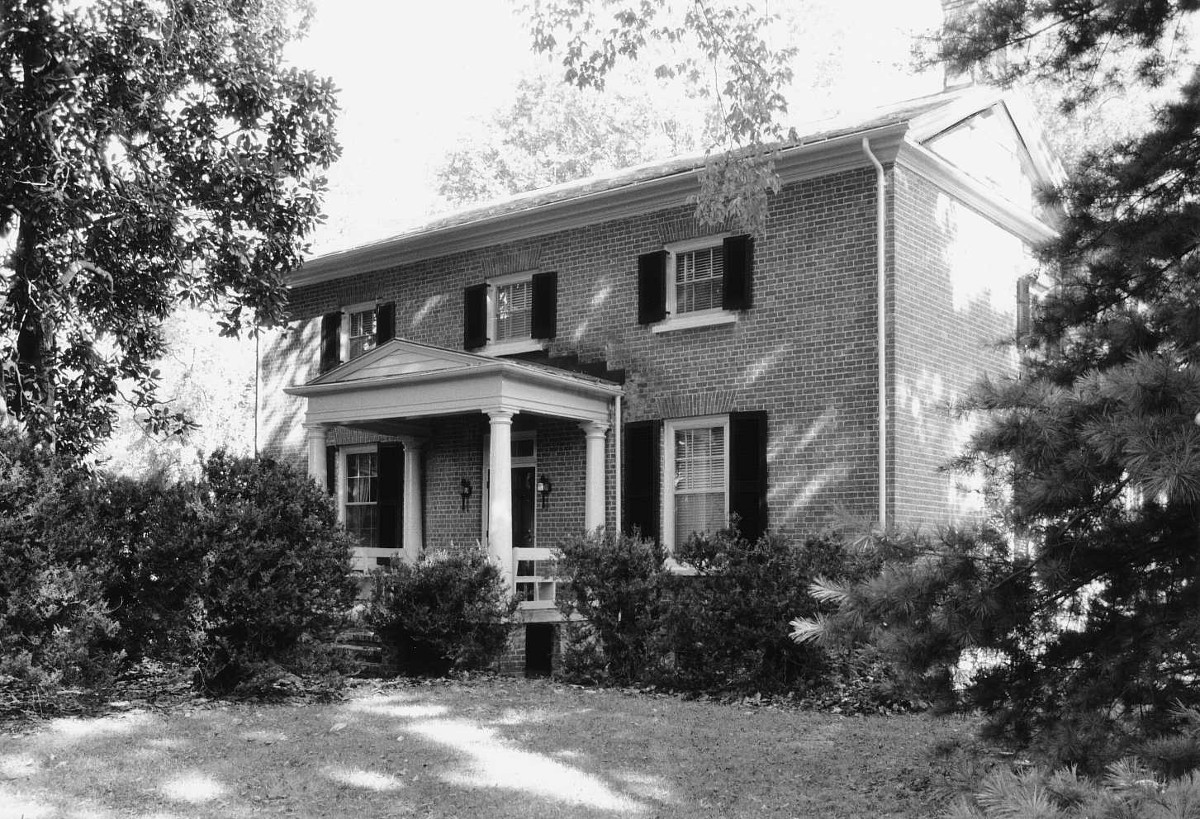 This highly refined Greek Revival dwelling was built in 1820 by Randolph Harrison as a wedding present for his daughter Jane. The house was never part of a working farm but rather served as a rural retreat for its owners. Though modest in scale, Morven exhibits outstanding craftsmanship. The Flemish-bond brickwork is unusually precise. The wood trim consists of academically correct Greek moldings which are incorporated in the pedimented gable ends. A classical tablet decorates the east gable. Unusual are the single-sash, second-floor windows, each of which raises in a wall pocket behind the cornice. Architecturally harmonious rear wings were added to the original I-house in 1885 and 1895. In the shady surrounding yard is an early smokehouse and a ca. 1890 schoolhouse. The property was acquired by George W. Bogart in 1870 and remains in the ownership of his descendants.