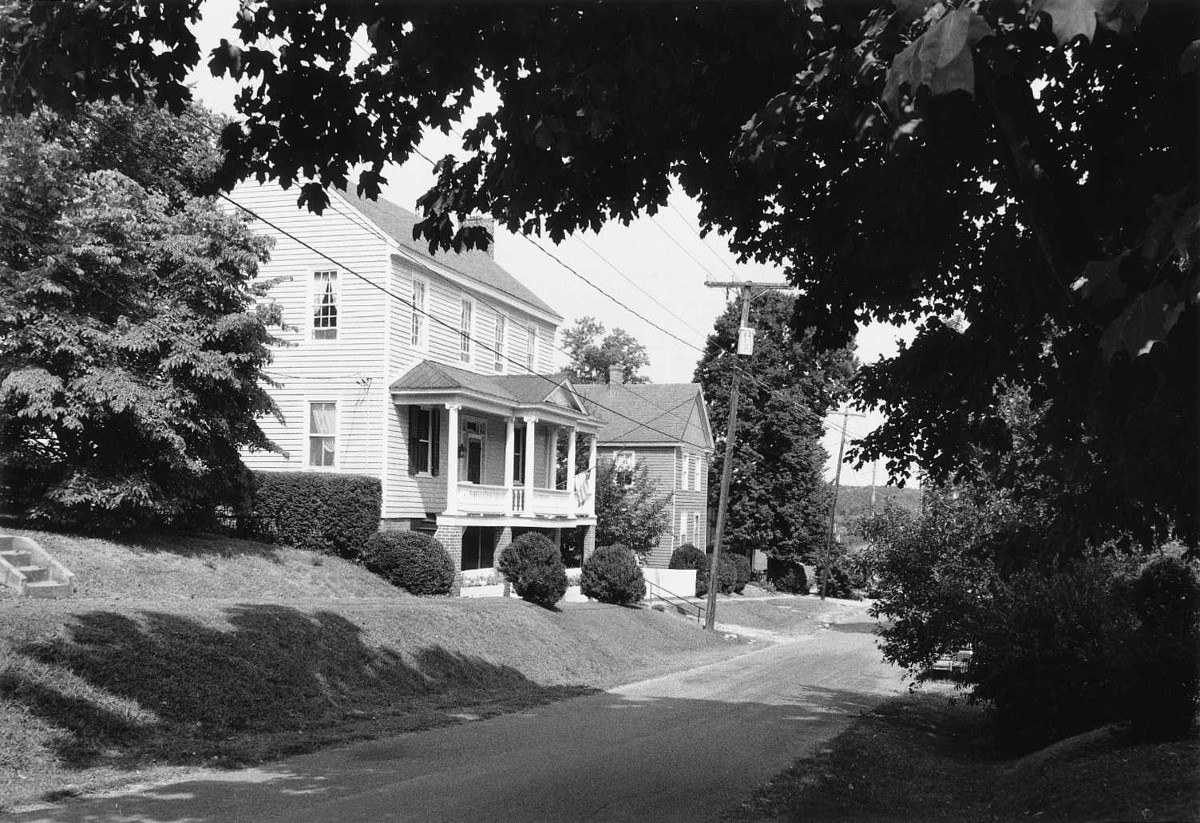 Little disturbed by modern development, this picturesque old river town enjoys a commanding presence on a bluff above the James River. Established at a ferry crossing in 1790, Cartersville boasts a variety of vernacular architectural types dating from the 18th century to the early 1900s. Noteworthy early buildings include the The Deanery of the 1780s, and the Glaser House and Baptist parsonage, both dating from the 1790s. An important relic of Cartersville’s heyday is the rambling Cartersville Tavern built ca. 1810 and later expanded. Sprinkled through the village are three churches, a former schoolhouse, a post office, and several commercial structures. Cartersville flourished as a transportation center in antebellum times, serving traffic on the Cartersville Bridge, opened in 1822, and the James River and Kanawha Canal on the north shore. Bypassed by the railroad in 1880, Cartersville fell into dormancy and thus it has remained.