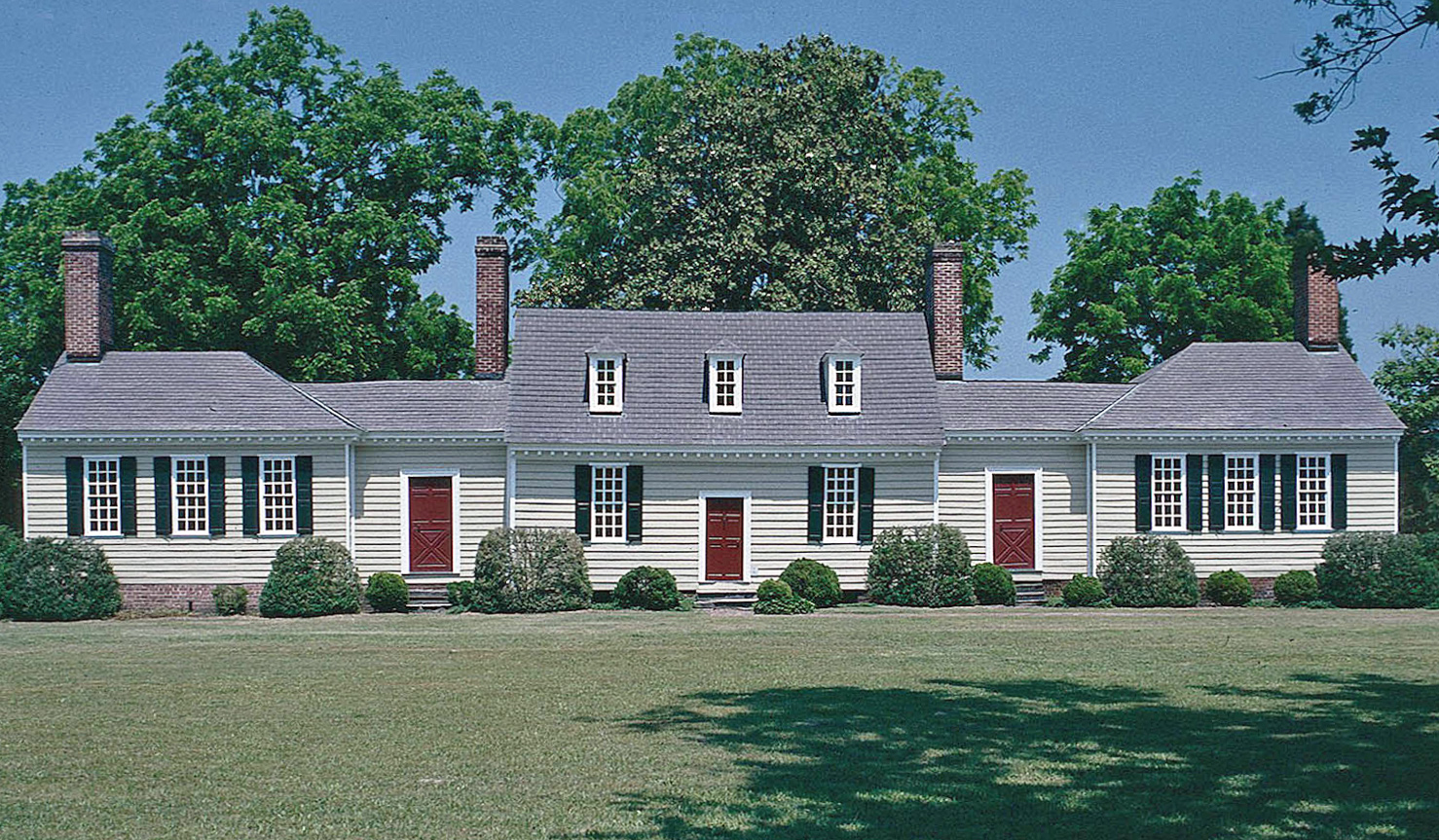 Built for Howell Briggs (1709-1775), a militia captain, magistrate, and vestryman, Wales is one of the most architecturally distinctive plantation houses in Southside Virginia. Howell Briggs’s son Gray Briggs (ca. 1731-1807), born at Wales, served in the House of Burgesses and made Wales his home after completing his term in the assembly. The original ca. 1730 portion of the house is a simple hall/parlor dwelling. This core was expanded ca. 1752 into a five-part structure 104 feet long. The treatment of the terminal wings with half-hip roofs is unique in Virginia. The Dinwiddie County house has since undergone remarkably few changes; the exterior preserves its early weatherboarding, window sash, shutters, and doors. Inside, nearly all of the original woodwork remains including the architectural chimneypiece in the west-wing parlor. This elegant room is a demonstration of the refined taste exhibited by some of the leading families in outlying areas.