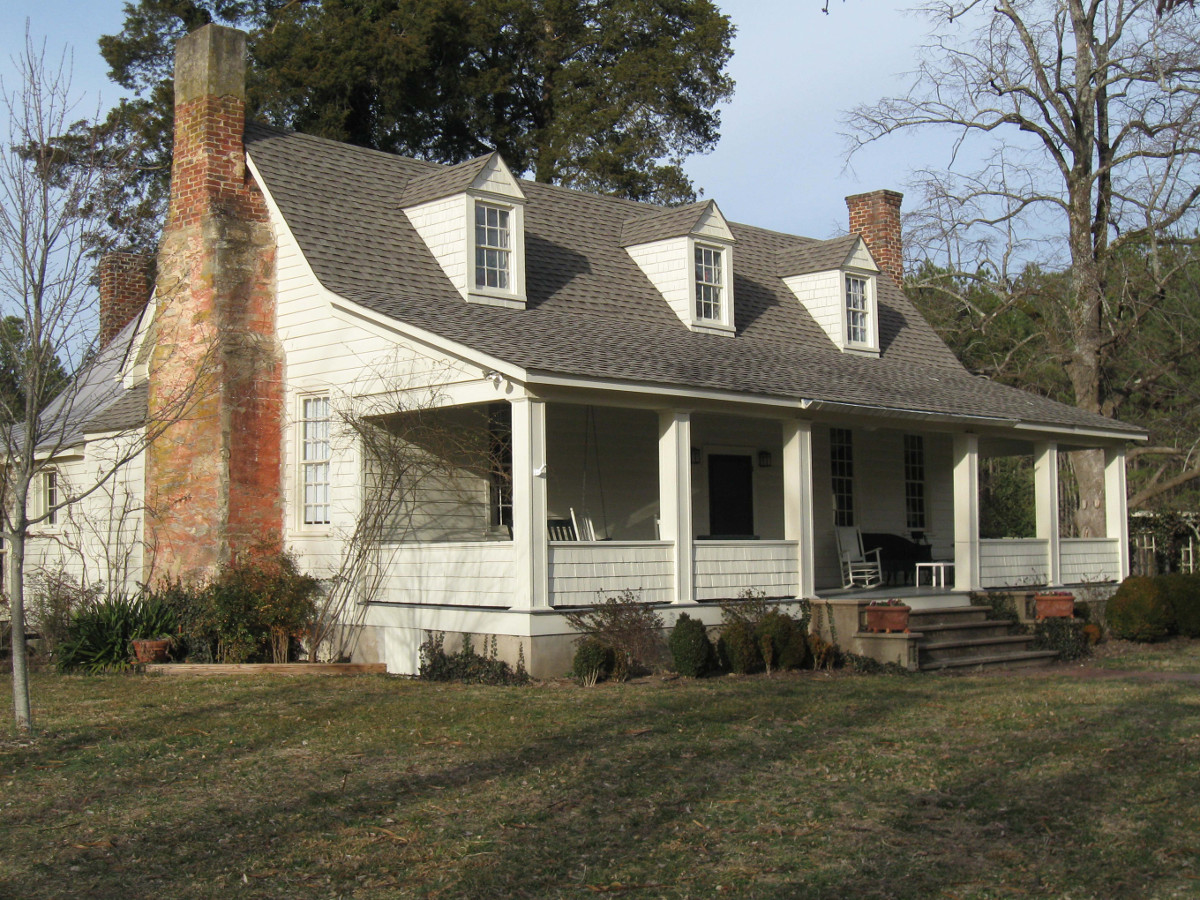 The dwelling at Montrose was built as a typical three-bay, dormered, one-and-one-half-story, center-hall-plan farmhouse. It retains much of its historic fabric from its inception through additions typical of the 1920s (a modern kitchen, electricity, running water, and comfortable porches), reflecting the social and economic changes that followed the Civil War and preceded the Great Depression. Originally there was a small one-bay pedimented front porch facing south and a shed-roofed back porch of unknown length. After the Civil War, the owner moved a one-story law office to the rear porch for a kitchen and enclosed the rear porch into small rooms. He replaced the front porch with a wider one about 1890, then with a full-length porch with a shingled Bungalow-type balustrade in the 1920s. Montrose was the birthplace of the colorful Confederate general Roger Atkinson Pryor, and served as the home of the locally prominent Baskerville family.