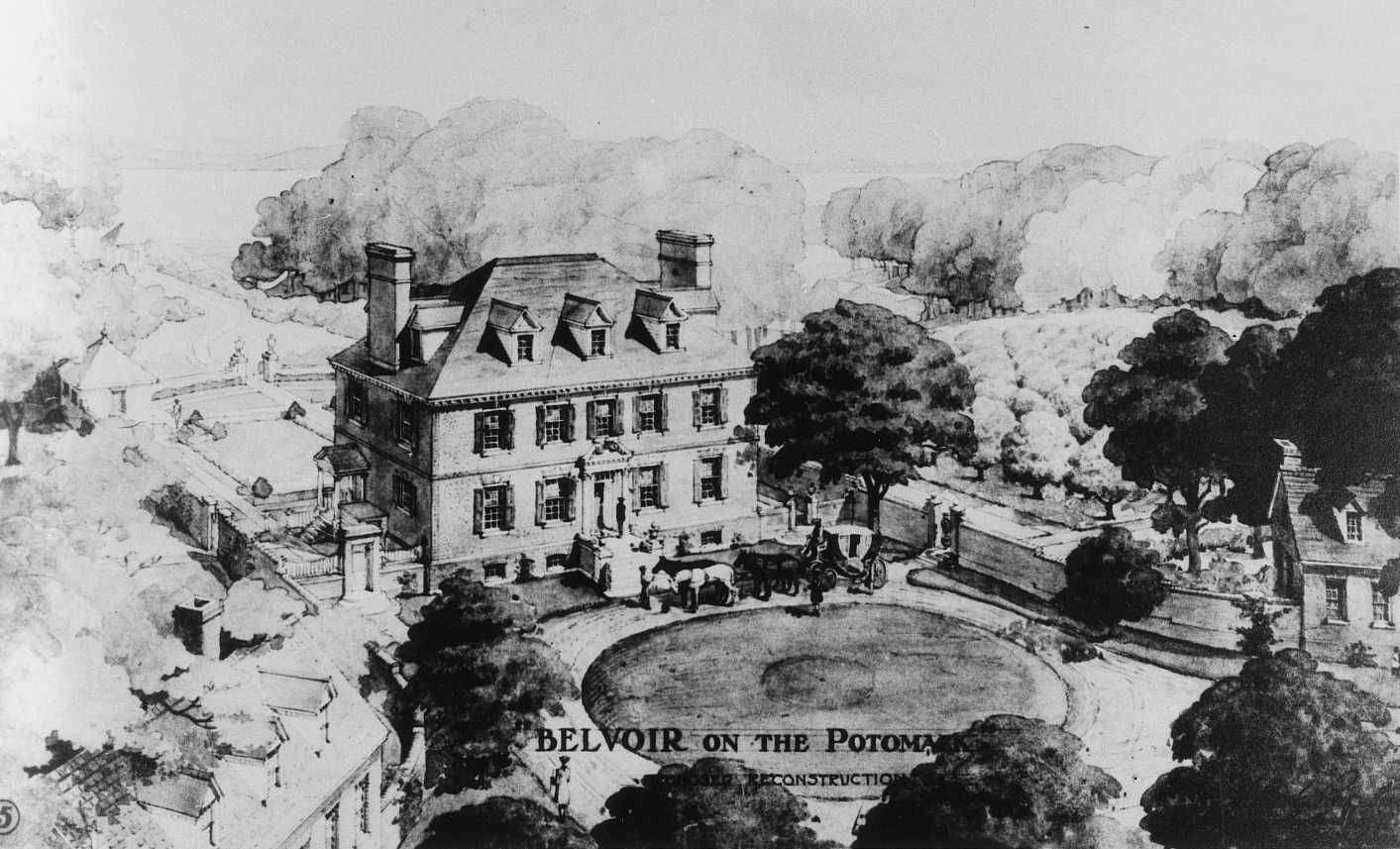 Belvoir, built 1736-41, was one of the great mansions of colonial Virginia. On a bluff in Fairfax County overlooking the Potomac, the house was the residence of Col. William Fairfax, cousin and land agent to Thomas, Lord Fairfax. Belvoir was inherited in 1757 by Fairfax’s son, George William Fairfax, who accompanied George Washington during a 1748 expedition to the frontier to survey the Fairfax holdings. The house burned in 1783, and its ruins were demolished by mortar and cannon shots fired from British ships in August 1814. The site was eventually incorporated into Fort Belvoir, a major U. S. Army installation. Archaeological excavations have revealed the original configuration of the house, a conjectural reconstruction of which is shown. The foundations and associated sites are now protected by the army. The graves of Colonel Fairfax and his wife are located on the grounds.