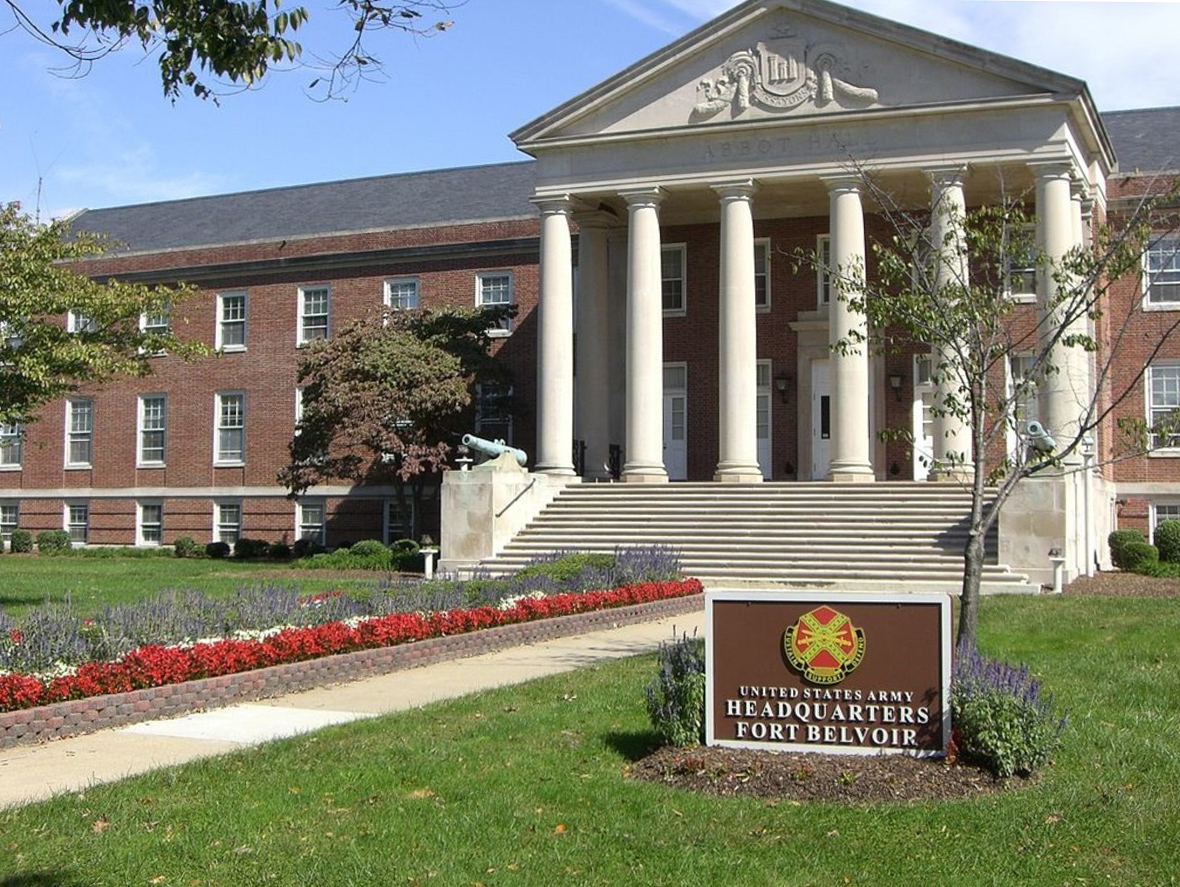 Named for Belvoir, the Fairfax family plantation situated here in the 18th century, Fort Belvoir encompasses the 1500-acre tract acquired by the U. S. Army Corps of Engineers in 1912. It became the official home of the Corps in 1918. Designated Fort Humphreys in 1922, the installation was renamed Fort Belvoir in 1934. The historic district contains the administrative and visual core of the 1930s Army Corps Training Center campus, as well as the principal residential structures built in the 1920s for officers’ housing. Also in the district is a row of wooden warehouses built in 1917, the earliest structures on the post. Formally arranged brick Georgian Revival buildings with limestone trim and porticoes characterize the central campus. A multiplicity of 1930s Colonial Revival brick houses, in a layout reminiscent of a garden suburb, define the senior officers’ quarters.
[VLR Listed Only]