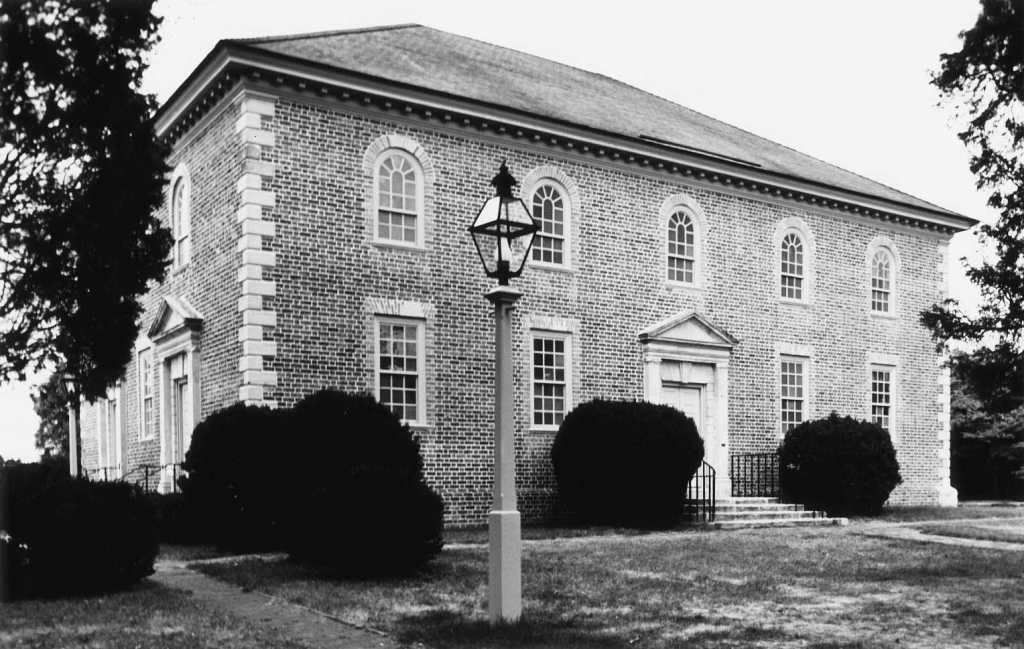 A sophisticated essay in the Georgian style, the exterior of Pohick Church, with its lack of religious symbolism, recalls the more refined dissenter chapels of 18th-century England. Erected in 1769-74, the design is attributed to James Wren who designed the architecturally similar Falls Church. George Washington and George Mason served on the vestry and also may have had a hand in the design. The exterior is highlighted by Aquia stone pedimented doorways based on designs by James Gibbs, which are likely the work of William Copein, the church’s mason. The interior woodwork, executed by William Bernard Sears, was destroyed in the Civil War by Union troops who used the church as a stable. The present woodwork, a deft essay of early Colonial Revival design, is by architect Glenn Brown, who directed a restoration begun in 1901. Pohick remains an active Episcopal church.