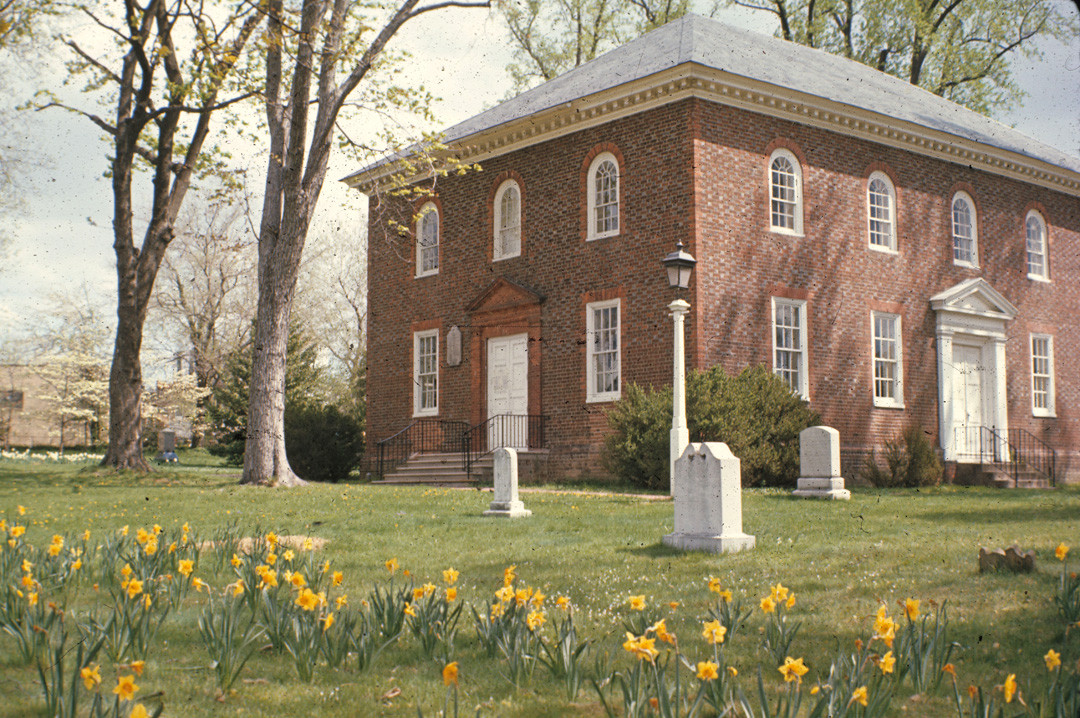 Lending its name to the surrounding city, this colonial house of worship was preceded by a 1733 wooden church. Determined unfit to repair thirty years later, church wardens George Washington and William Fairfax advertised for proposals. A design by James Wren was accepted, and the new church was completed under Wren’s supervision in 1769. With its rectangular, two-story mass and hipped roof, Wren’s scheme has the secular quality favored by low-church Anglicans. During the Revolution, American forces used Falls Church as a recruiting station. It was abandoned after the disestablishment but was returned to service in 1839. Union troops caused considerable damage when they used the building as a hospital and then as a stable. After the war the federal government awarded the parish $1,300 for damages. In 1959 the east wall was demolished for a new chancel.