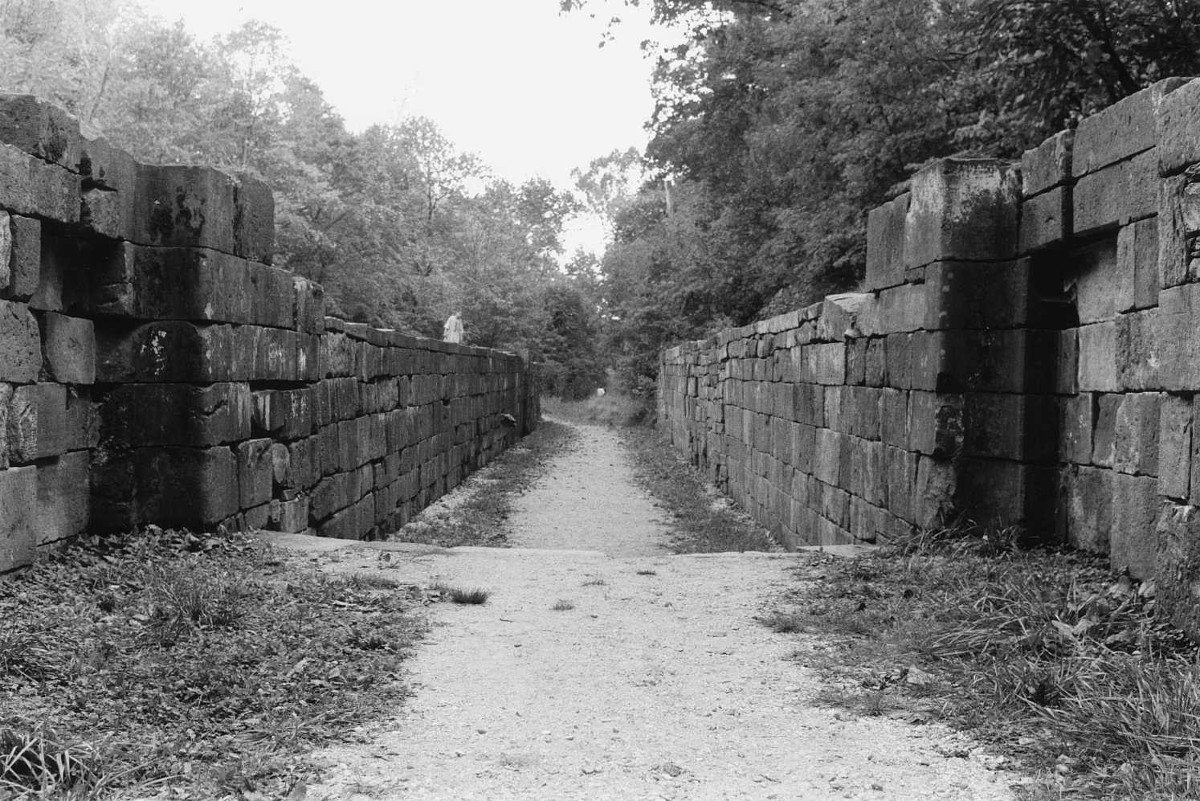 The Patowmack Company was organized in 1785 to make the Potomac River navigable from Georgetown to Harper’s Ferry, a project designed to bring western trade to the Chesapeake region. The canal, one of the earliest in the country to have locks, was innovative from an engineering standpoint. George Washington, a prime mover in Potomac River improvements, served as the company’s first president. The Patowmack Canal Corporation went bankrupt and dissolved its charter in 1826. The canal was abandoned in 1830. The section at Great Falls preserved by the National Park Service contains several locks and numerous archaeological sites relating to the canal and the town of Matildaville, which was planned to serve the canal at Great Falls but eventually disappeared. A remarkable engineering feat is the deep canal trace cut through the rock cliffs.