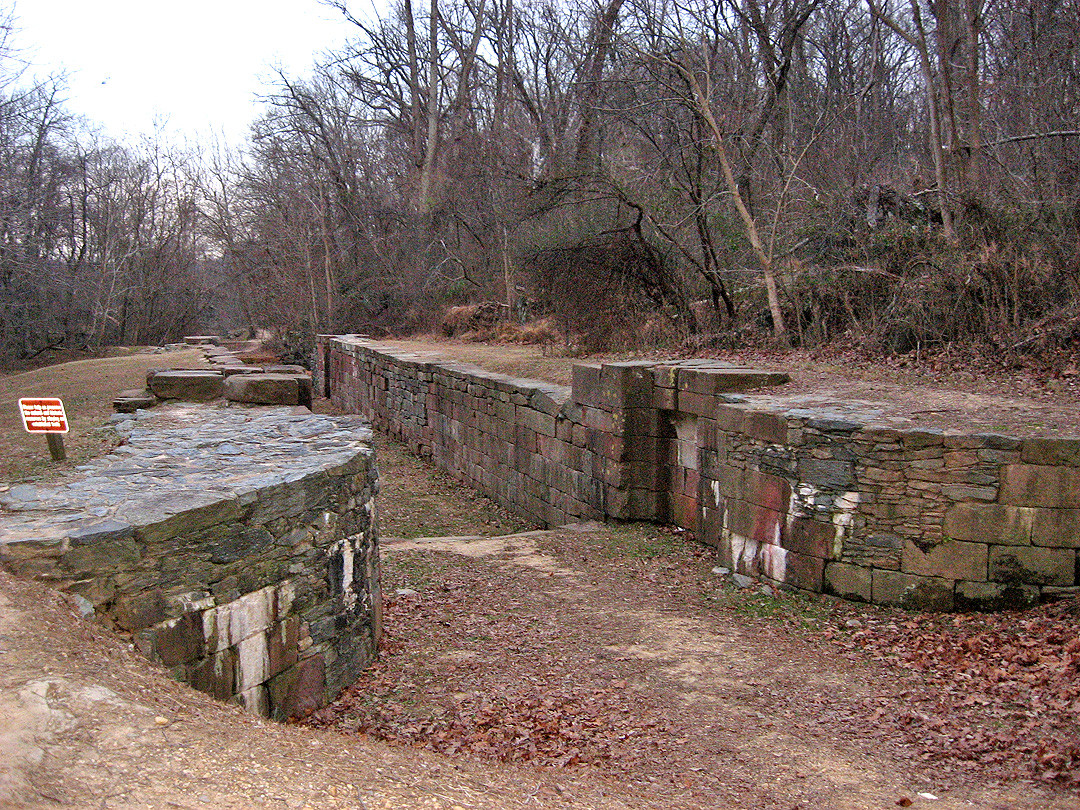 The Great Falls Park Historic District, in Fairfax County, encompasses part of the Potomac Canal, an 18th-century engineering achievement spearheaded by George Washington, and recognized in 1982 as a National Historic Landmark. The Great Falls canal contributed to the large system of sluices and skirting canals along the upper Potomac River that were intended to make the river navigable for commercial boat traffic and secure a trade route to the Ohio River, a longstanding—but ultimately unrealized—dream of Washington’s. In addition to its canals and locks, the district also contains the remnants of the canal town Matildaville, which existed from circa 1791 to about 1830. The landform at the core of Great Falls Park Historic District is a terrace, once known as Great Falls Glade. It served as a portage and hunting-fishing ground for Native Americans circa 6000 BC to 900 AD, and in 1751 was the site of a mill built by William Fairfax. From 1906 to circa 1952, a popular amusement park on the Glade attracted visitors who arrived by car or trolley line. Both Great Falls Park and Prince William Forest Park in nearby Prince William County are administered by the National Park Service.