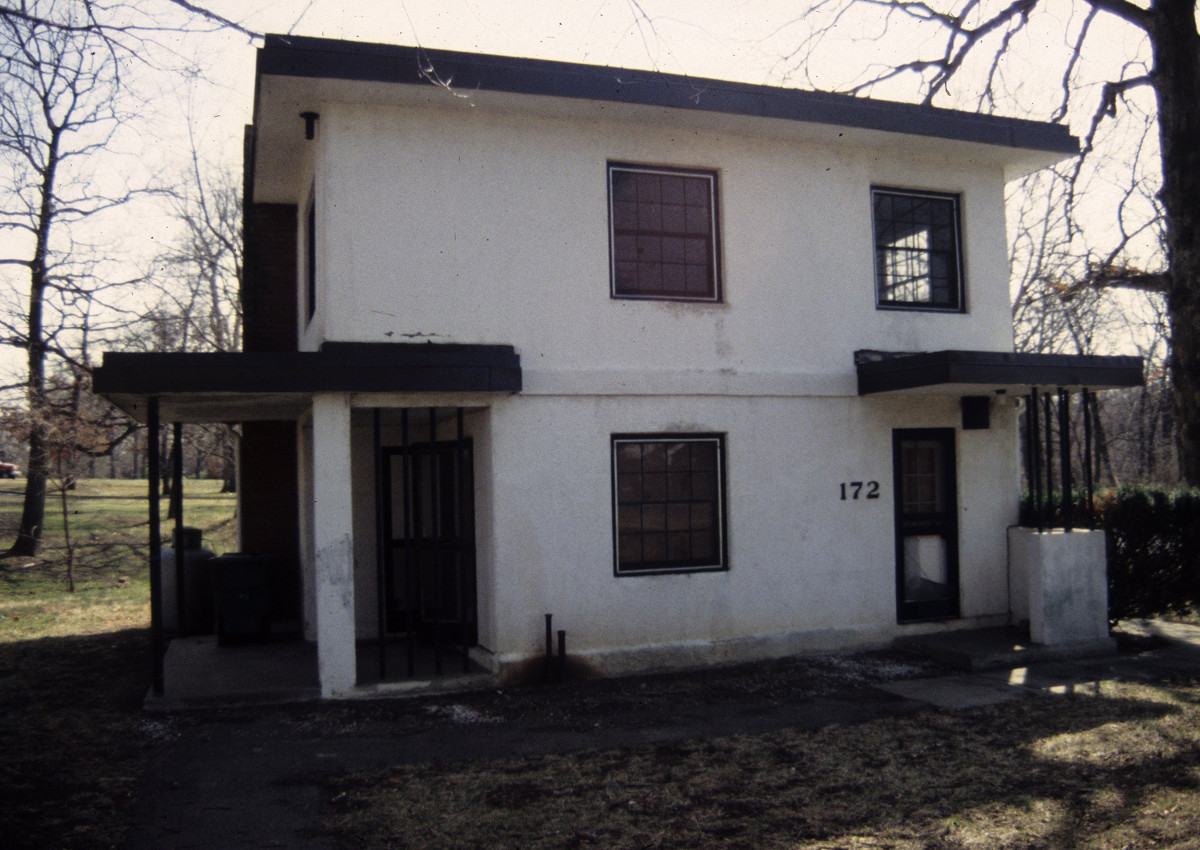 Thermo-Con House was built in 1949 and is the only International Style building at Fort Belvoir. It was designed by E. S. Henderson of the renowned industrial architectural firm of Albert Kahn Associates of Detroit, Michigan, and was constructed by the U.S. Army Corps of Engineers as an experimental structure to test an innovative cementitious material known as ”Thermo-Con.” The effort was an attempt to bring quality standardized housing to all army bases after World War II and to test the suitability of Thermo-Con in the mass production of lightweight houses. The Thermo-Con House may be the only one of this type of design and material built by the Army Corps of Engineers in the United States.
[VLR Listed Only]