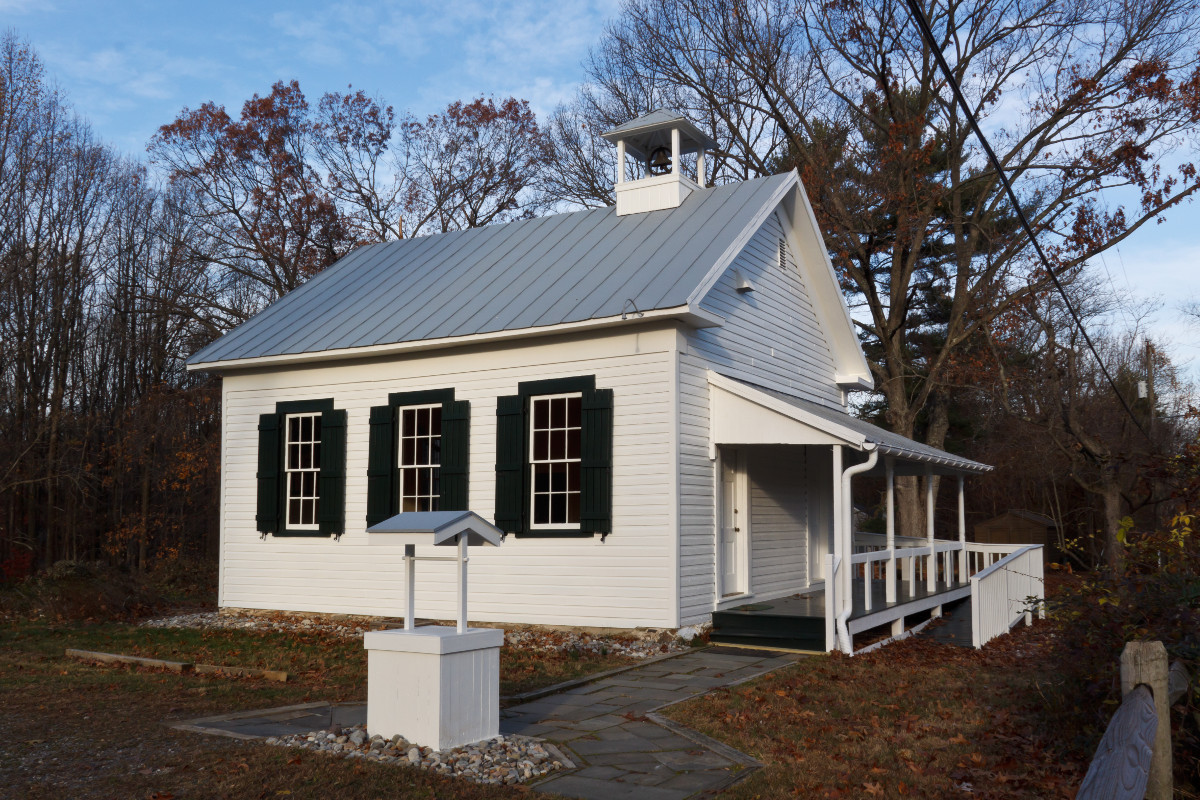 The Vale School-Community House, constructed circa 1884 as a one-room schoolhouse for residents of Oakton in Fairfax County, recalls an era when the county’s economy was devoted mostly to dairy and farming. The modest wood-frame building, clad in weatherboard, was enlarged in 1912 by the addition of a second classroom and served as a school for another 19 years before it closed in 1931, when the county consolidated its schools. Comprised mostly of original materials, the building was the best preserved two-room schoolhouse in Fairfax County at the time of its listing, and one of the county’s few remaining 19th-century schoolhouses standing on its original site. In 1935, the county school board granted the newly-formed Vale Home Demonstration Club, associated with the Virginia Cooperative Extension Service, exclusive rights to the building, which the club purchased in 1938 and converted into a community house. During this latter era, the Vale School-Community House is important for its connection to Florence Jodzies, founder of the Vale Club, who served as an officer of the Virginia Federation of Home Demonstration Clubs, traveling and speaking throughout the Commonwealth.