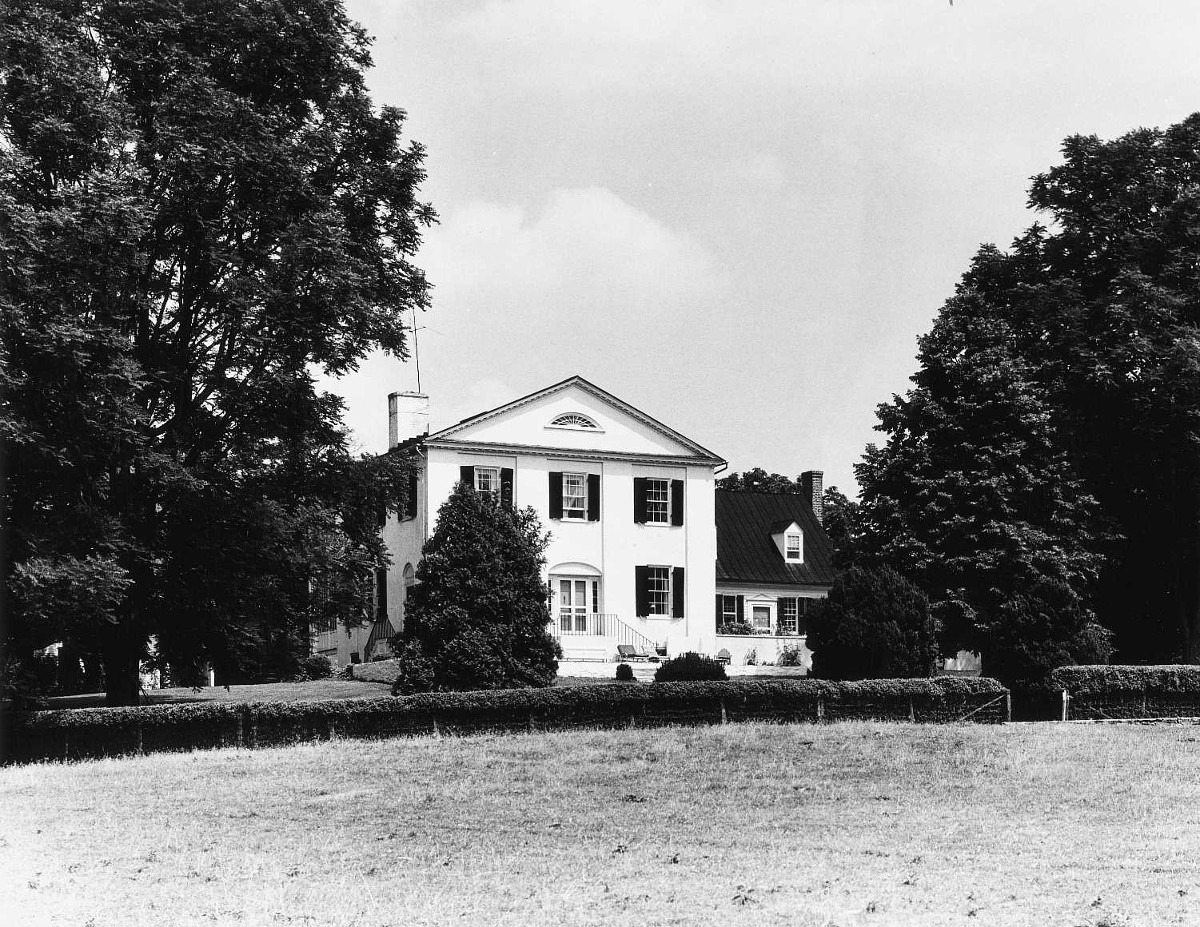 Oak Hill was the childhood home of John Marshall, noted chief justice of the Supreme Court. The wood-frame dwelling built ca. 1773 by his father Thomas Marshall is a classic example of Virginia’s colonial vernacular. John Marshall became owner of Oak Hill in 1785 when his father moved to Kentucky. Although Marshall lived mostly in Richmond and Washington, he kept his Fauquier County property, making improvements and using it as a retreat. In 1819 he built an attached Classical Revival house as a residence for his son Thomas. After the deaths of both John Marshall and his son in 1835, Oak Hill became the home of Thomas Marshall’s son John Marshall II, whose overindulgence in hospitality forced him to sell the place to his brother Thomas. The property left the family following Thomas Marshall, Jr.’s mortal wounding in the Civil War.