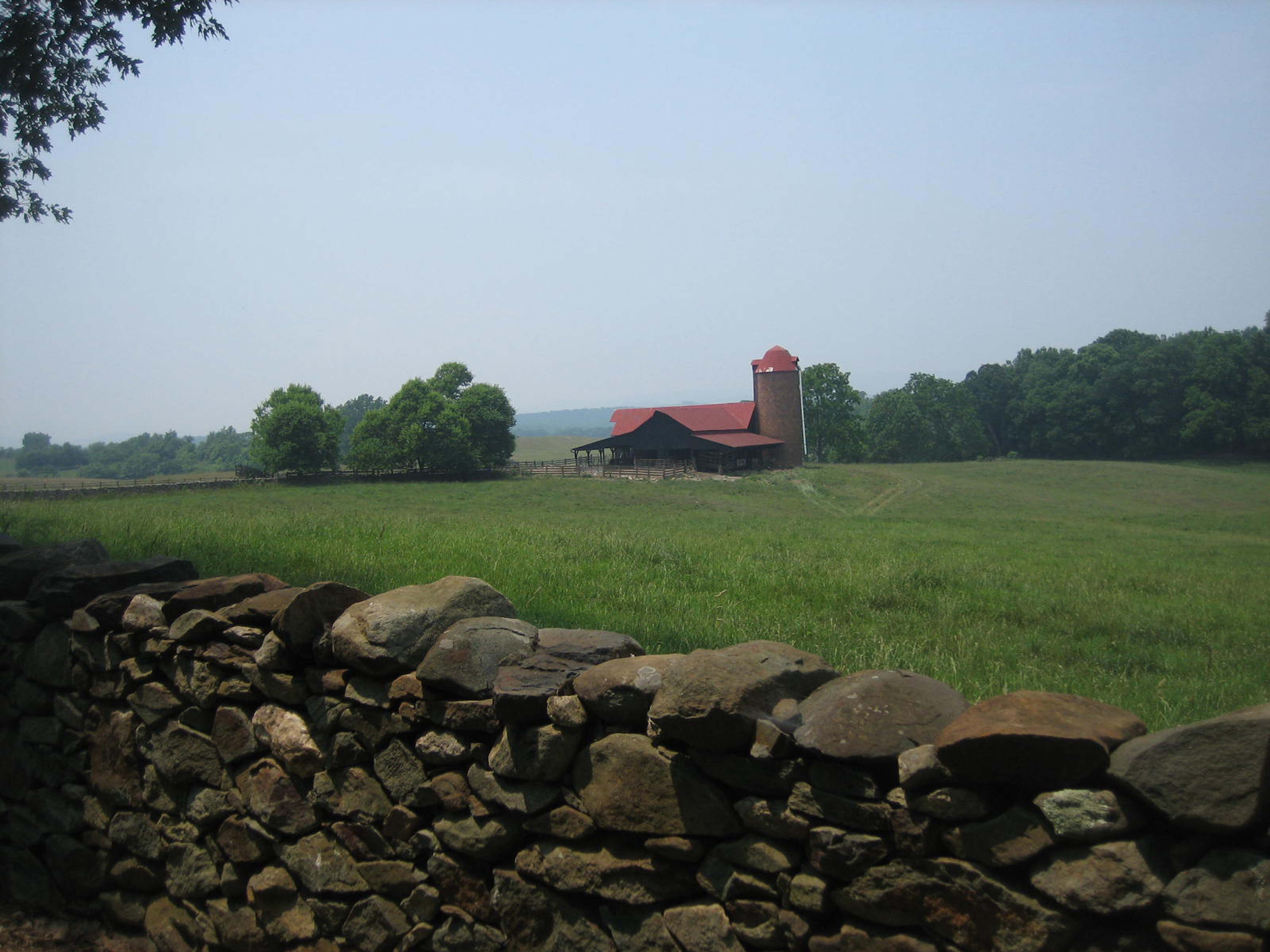 Located in the north-central part of Fauquier County, the Cromwell’s Run Rural Historic District consists of more than 14,000 acres of rolling farmland centered along Atoka Road. The district has traditionally been agricultural since its 18th-century role as part of Lord Fairfax’s Northern Neck Proprietary. During the Civil War it saw significant activity due to its close association with Confederate Colonel John S. Mosby and his infamous Rangers. Though beef and dairy cattle are still raised there, horses have become an important basis of the economy, and the predominance of foxhunting within the district since the early 20th century has earned the area its sobriquet as Virginia’s “Hunt Country.” The district has a high concentration of intact architectural treasures ranging from simple cabins to high-style, formal homes such as Wexford, a residence of President John F. Kennedy and his wife, Jacqueline. With churches, schools, mills, and commercial and industrial buildings nestled about it, the district’s rural landscape is characterized by open fields, hills, and woodlands, featuring stone walls, handsome fences, and historic roadbeds dating to the mid-18th century.

The boundary for the district was increased in 2008 to incorporate an area of approximately 58 acres located directly adjacent to its northwestern boundary. The area was included within the district because of its association with the village of Atoka; for its representation of open, rural land that is similar to the adjacent land within the original district; and for its association with the Civil War battle that took place in and around Atoka in June 1863. The area had been inadvertently excluded from the original district and its inclusion was determined to be both geographically logical and thematically justified. Although it does not contain any architectural properties of historic value, the area is part of the John Mosby Heritage Area, Virginia’s first heritage area, and contains landscapes largely protected through conservation easements.
[VLR Listed 9/18/2008; NRHP Listed 11/12/2008]