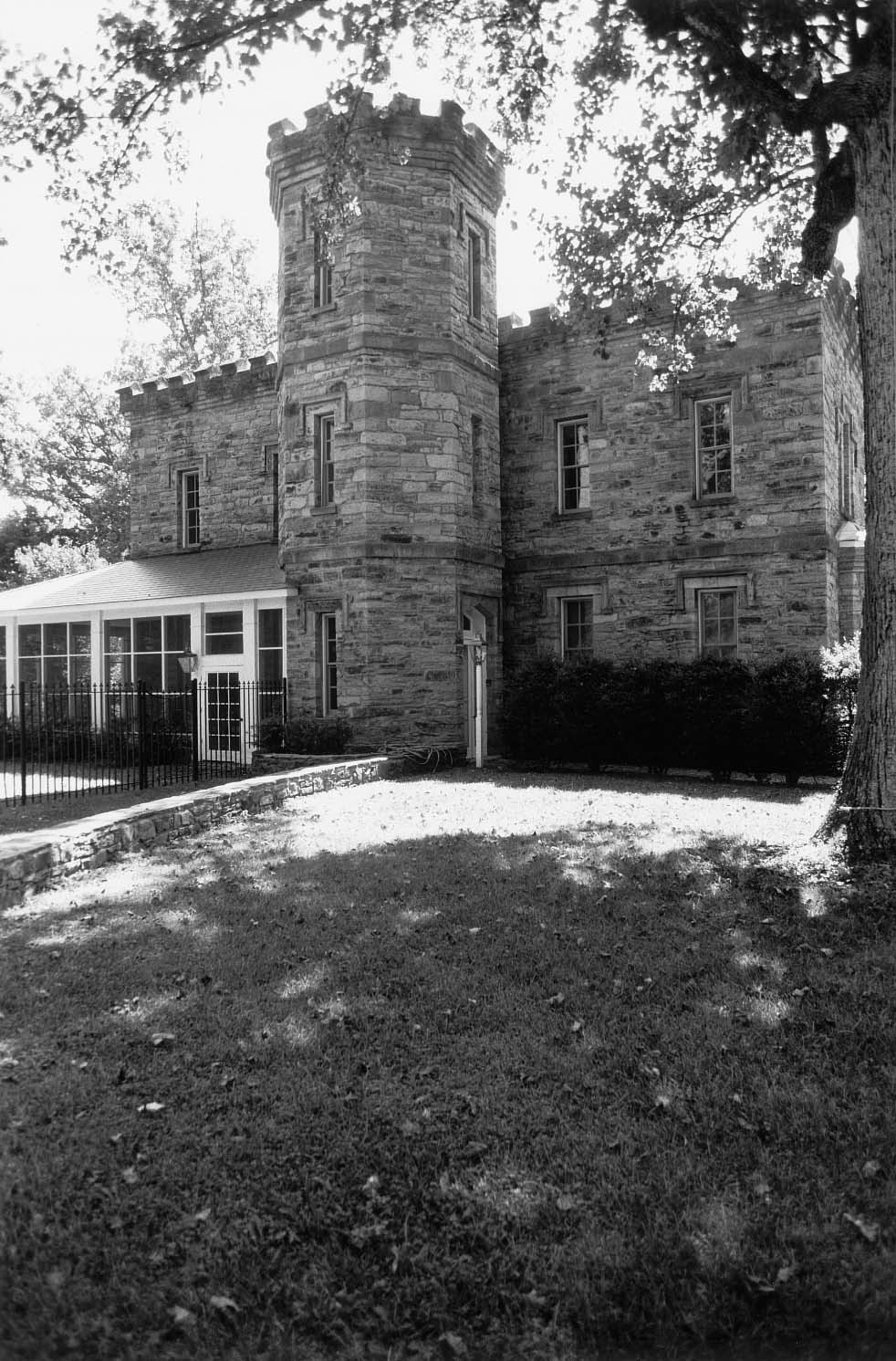 On the edge of a cliff, this rugged country house is an important expression of the castellated mode of the mid-19th-century Gothic Revival. Constructed between 1857 and 1860, the house was designed by Edmund George Lind who was born and trained in England. Lind established his practice in Baltimore in 1856. Melrose was commissioned by Dr. James H. Murray of Maryland for a large farm purchased in 1856. He named it for Melrose Abbey in Scotland which he claimed as an ancestral home. With its battlemented stone walls, central tower, and dramatic siting, Melrose illustrates the impact on southern landed families of the 19th-century romantic movement, especially the medievalism popularized by the novels of Sir Walter Scott. Melrose was occupied by Federal troops in 1862. More recently it served as the inspiration for Mary Roberts Rinehart’s mystery The Circular Staircase.