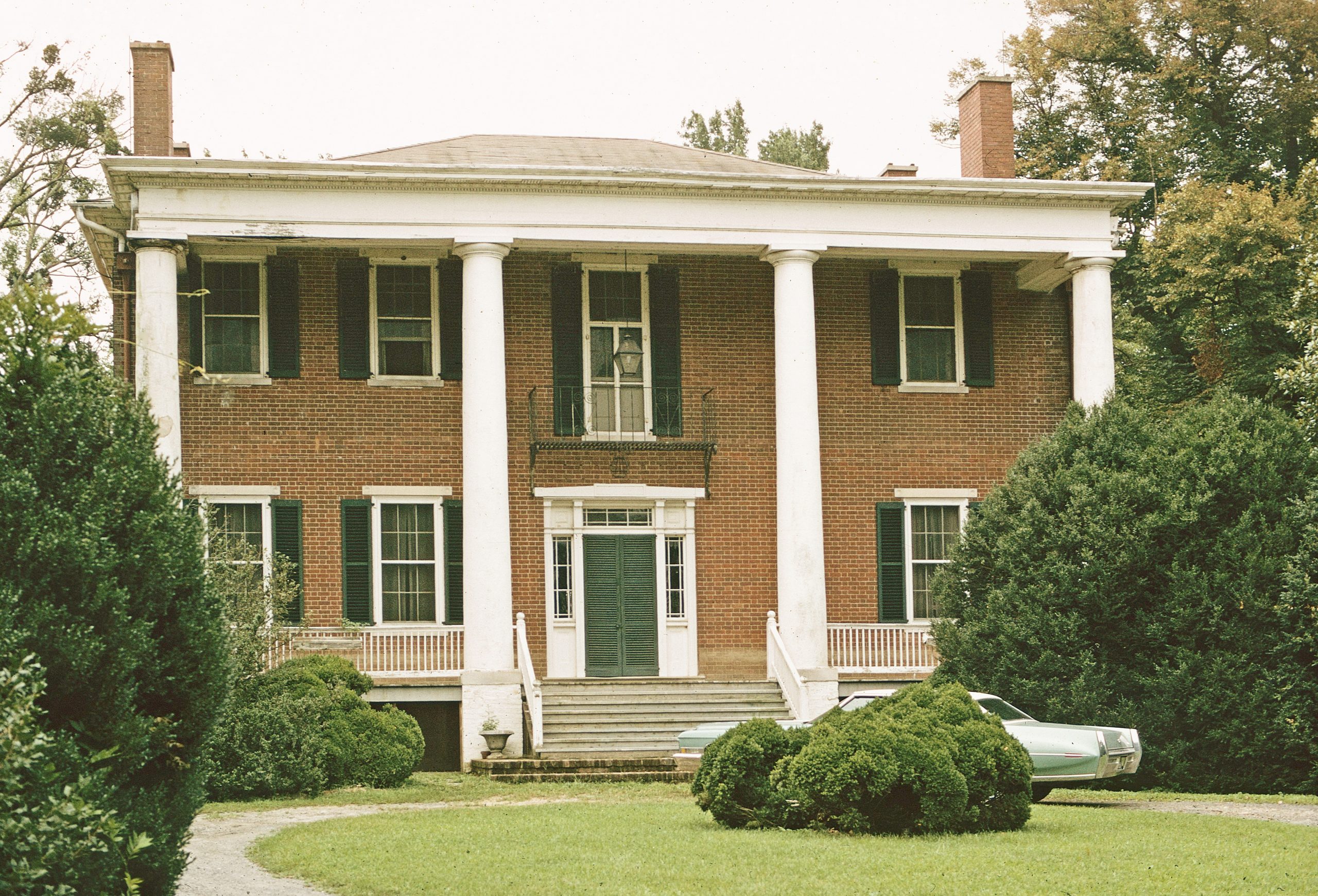 Named for its situation at the junction of the James and Rivanna rivers, Point of Fork Plantation is marked by a Classical Revival mansion, one of two nearly identical houses built in 1834-5 as residences for the two adopted sons of William Galt, a prominent Richmond merchant and native of Scotland. Both James Galt’s Point of Fork and William Galt’s Glenarvon are exceptional examples of the plantation architecture of the upper James River region, illustrating the transition from the Federal period to the Greek Revival. The interior of each house has large, airy rooms on either side of a center hall dominated by a spiral stair. Union general Philip Sheridan set up headquarters at Point of Fork in March 1865. Point of Fork is also believed to be the site of Rausawek, capital of the Monocan Indian nation.