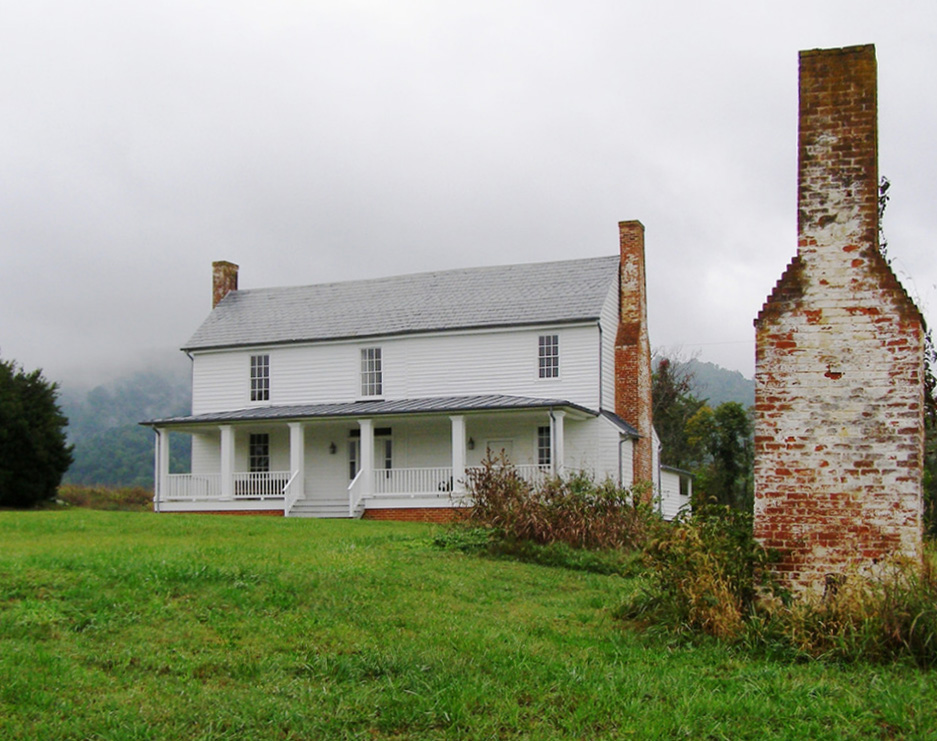 The Jubal A. Early Homeplace is located in the Blue Ridge foothills of northern Franklin County. The house is associated with Jubal Early (1816-1894), a leading general of the Confederacy and a nationally influential writer on the Civil War and Southern society in later life. A noted controversialist and leader of what has been referred to by historian Charles Reagan Wilson as the “religion of the Lost Cause,” Early declared that the Civil War was the grandest human cause for which man had ever fought. The two-story frame house incorporates a Federal-style dwelling of circa 1820 that is believed to have been Early’s childhood home, and probably his birthplace. The property passed out of Early family ownership in 1847, and in the 1880s, during ownership by the Hannabass family, the house was expanded and given spectacular Victorian decorative finishes featuring wood graining, boldly patterned wallpapers, and ornamental plasterwork. In 1995 the Jubal A. Early Preservation Trust acquired the property and conducted a sympathetic preservation of the house.