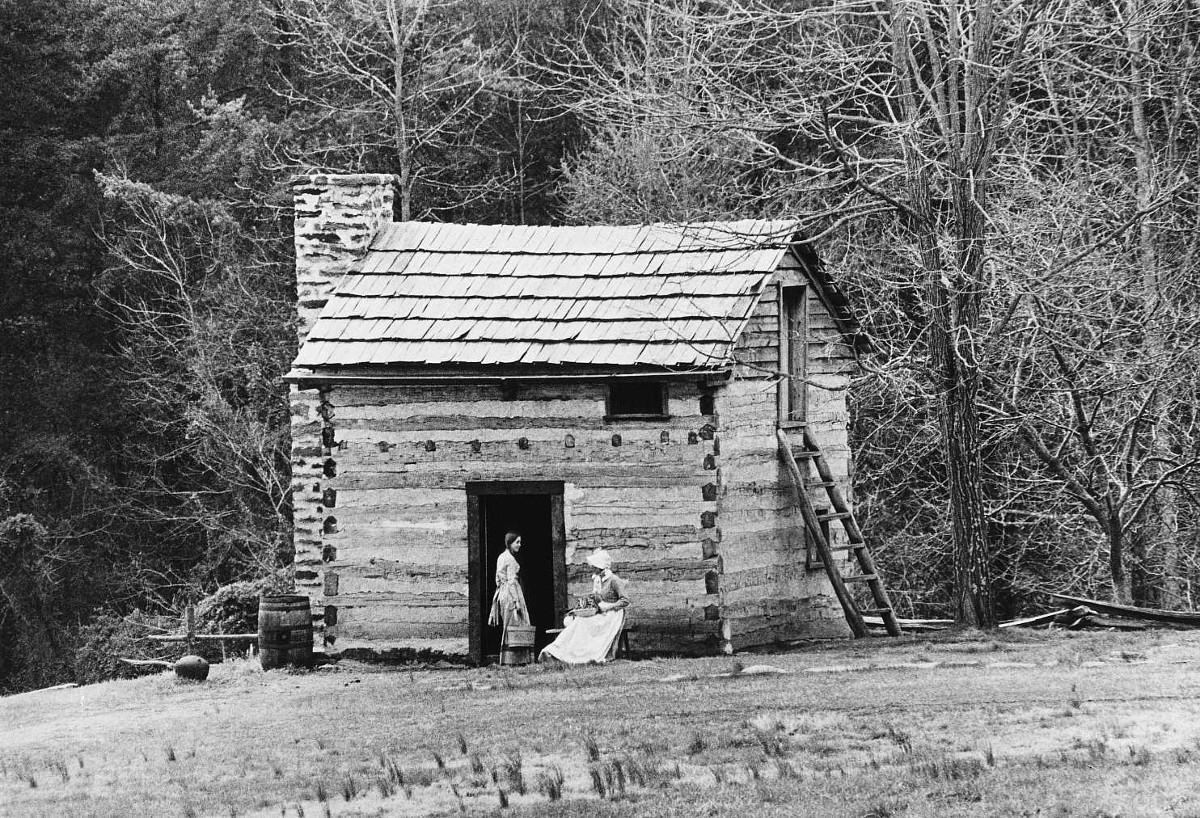 Booker T. Washington, the pre-eminent African American leader of his generation, was born a slave on the Burroughs plantation on April 5, 1856. With freedom gained following the Civil War, Washington attended Hampton Institute and later taught there. His achievements as an educator led to his being selected to establish a normal school for blacks in Alabama which became the Tuskegee Institute. As stated on his monument there, Washington “lifted the veil of ignorance from his people and pointed the way to progress through education and industry.” Washington’s career was documented in his autobiography Up from Slavery in which he describes the “miserable, desolate, and discouraging surroundings” of his Franklin County birthplace. The Burroughs plantation was acquired by the National Park Service in 1957. Washington’s humble origins are memorialized here with a replica of the slave cabin in which he was reared.