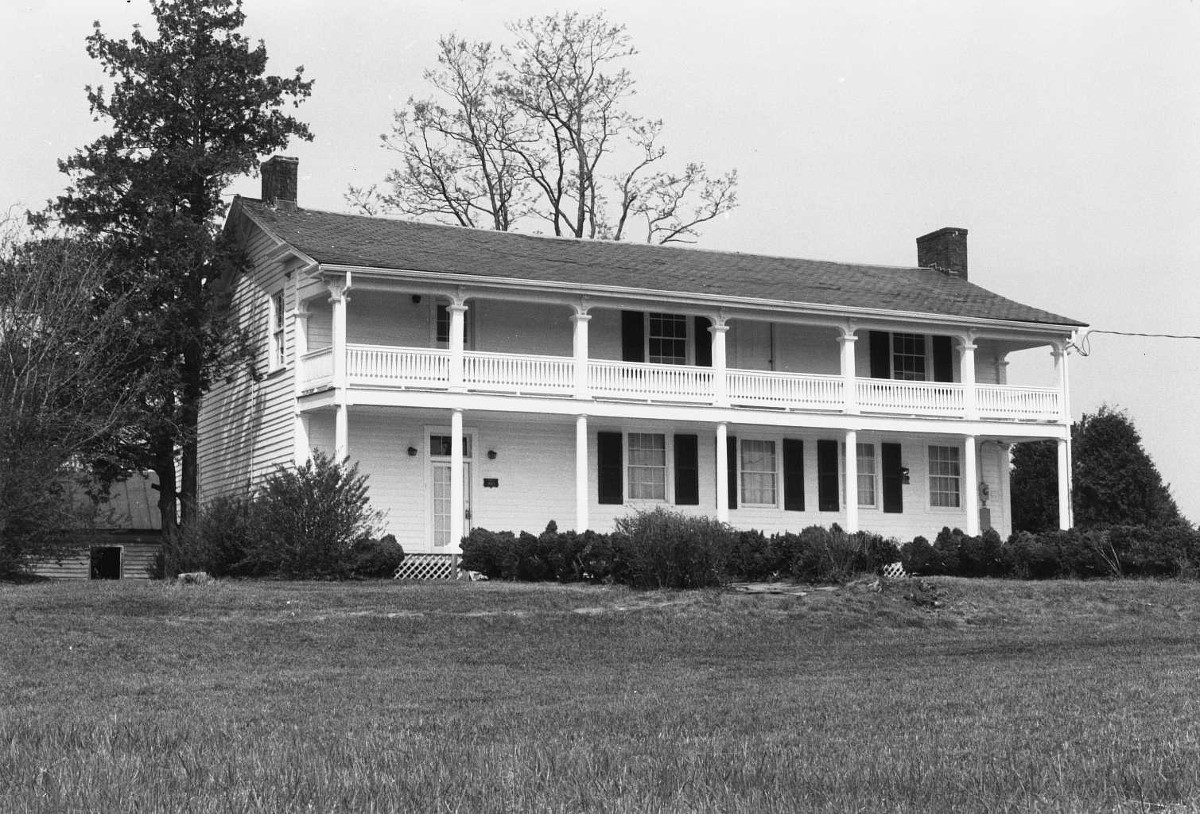 The earliest portion of this galleried frame house was built in the 1830s and was later expanded with several additions. Its original occupant was Andrew Brooks, a Franklin County farmer who served in the Virginia House of Delegates from 1843 to 1863. The property was later acquired by Brooks’s brother-in-law, William A. Brown, one of the county’s leading tobacco farmers and manufacturers. Brown established a tobacco factory adjacent to the house around 1870. During the last two decades of the 19th century the house also functioned as a stagecoach stop known as the Halfway House, a name assigned because of the property’s location midway between Danville and Roanoke. A detached building on the property served as an office and later as a county polling station; its kitchen/dining room walls preserve rare 19th-century graffiti.