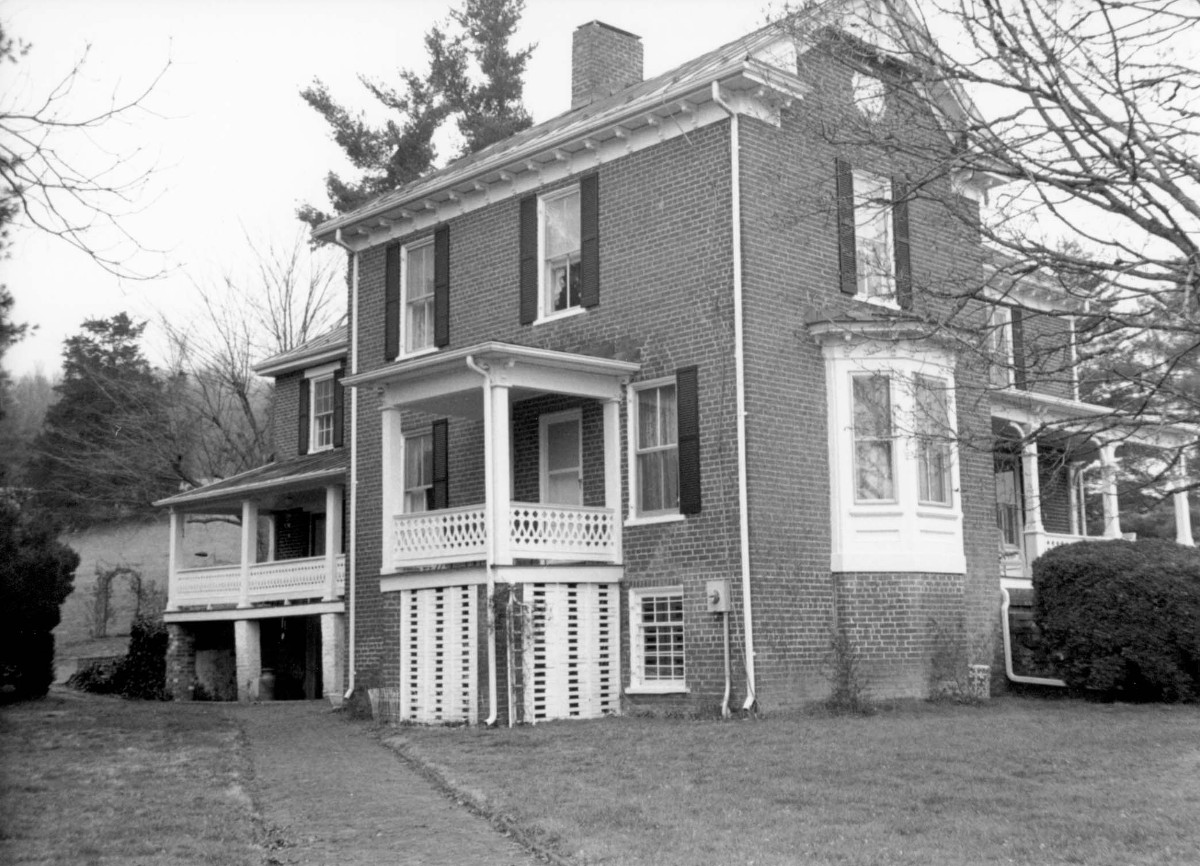 Evergreen or Callaway-Deyerle House, located along the rich bottomlands of the Blackwater River five miles west of the county seat of Rocky Mount, serves as a good example of a vernacular Greek Revival-style brick farmhouse (ca. 1840) with an Italianate addition (ca. 1861) representing the wealth and agricultural influence of Franklin County. In 1809, Colonel James Callaway willed 4,500 acres along both sides of the Blackwater River to his son William, who was a five-term representative to the House of Delegates. William built the farmhouse at the base of Coles Knob and named his “mansion” Evergreen, where he raised livestock, grains, and tobacco. In 1858, the well-known Roanoke builder Benjamin Deyerle bought the property and is reported to have added on the Italianate front section.