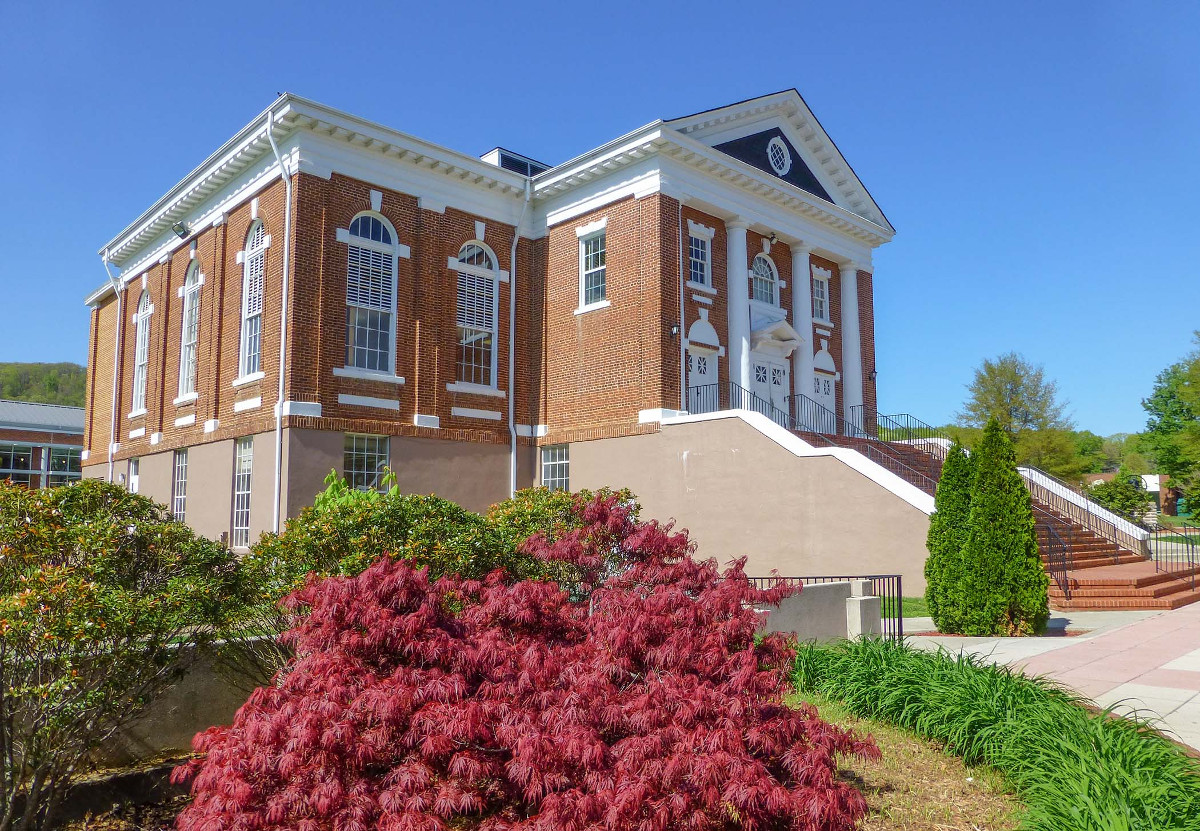 The Ferrum College Historic District in Franklin County encompasses the historic core of what was originally the Ferrum Training School, a Methodist-affiliated high school established in 1913. Virginia Methodists established the school to provide educational opportunities to underprivileged youth in the state’s Blue Ridge Mountains region. The eight buildings constituting the historic campus date from 1914 to 1942 and are primarily of Colonial Revival and Classical Revival character. They also include two houses, one of which has served as the president’s residence since 1915, and a 1940 infirmary that served for a time as the county’s best-equipped health center. In 1926 Ferrum’s trustees voted to recast the institution as a junior college and by the eve of World War II approximately half of the enrolled students were college level. By the 1950s the junior college transformation was complete. In 1976 Ferrum achieved accreditation as a four-year college.