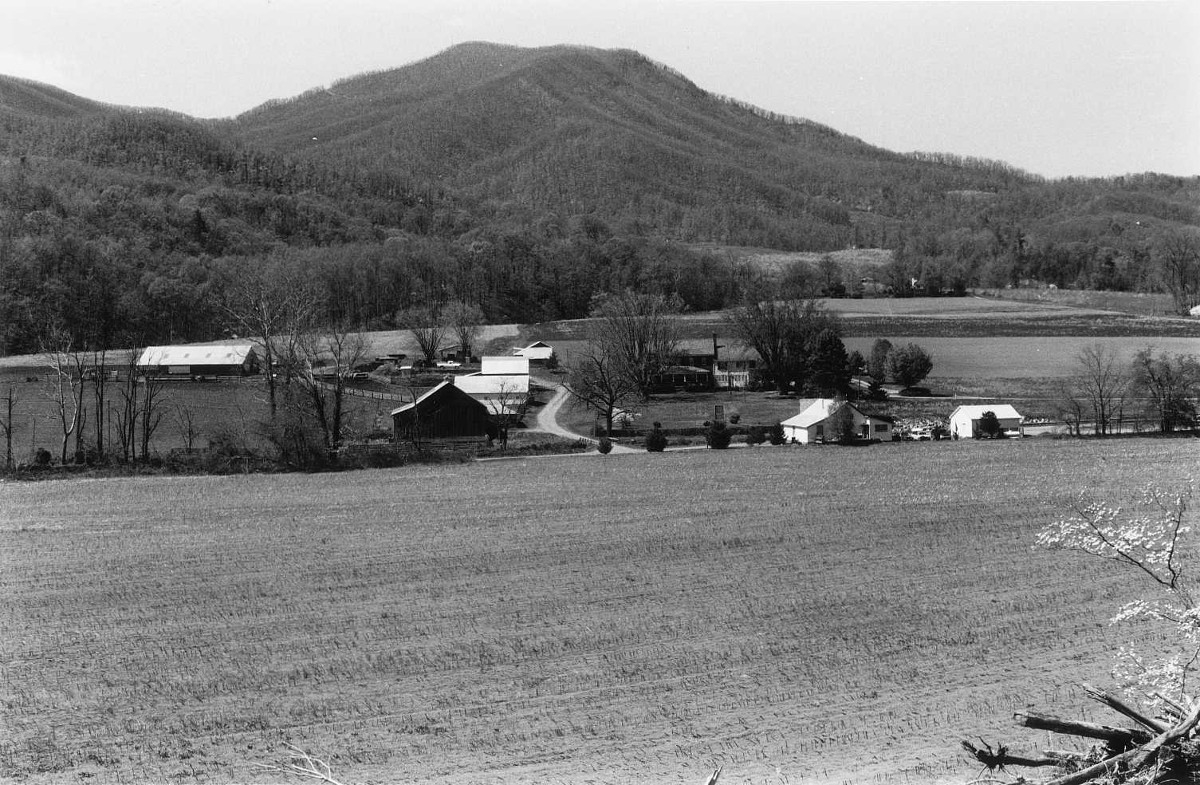 Skirted by U. S. Route 220, which follows the trace of the 18th-century Carolina Road, this 1450-acre rural historic district in the Boone’s Mill vicinity of Franklin County preserves a scene that would still be familiar to the thousands of settlers who passed by on wagon and foot on their migration to western North Carolina. The scenic valley at the approaches to Maggodee Gap is dominated by Cahas Mountain, Franklin County’s highest peak. Since the early 1800s, the district has been home to the Boone and Taylor families who in addition to building substantial brick dwellings constructed a log dwelling with a rare log purlin roof. The principal landmarks today are the 1820 John and Susan Boon House, a large Federal brick dwelling, and the similar Taylor-Price House. These and numerous later structures are part of the rich architectural legacy of the area’s long-standing farming tradition.