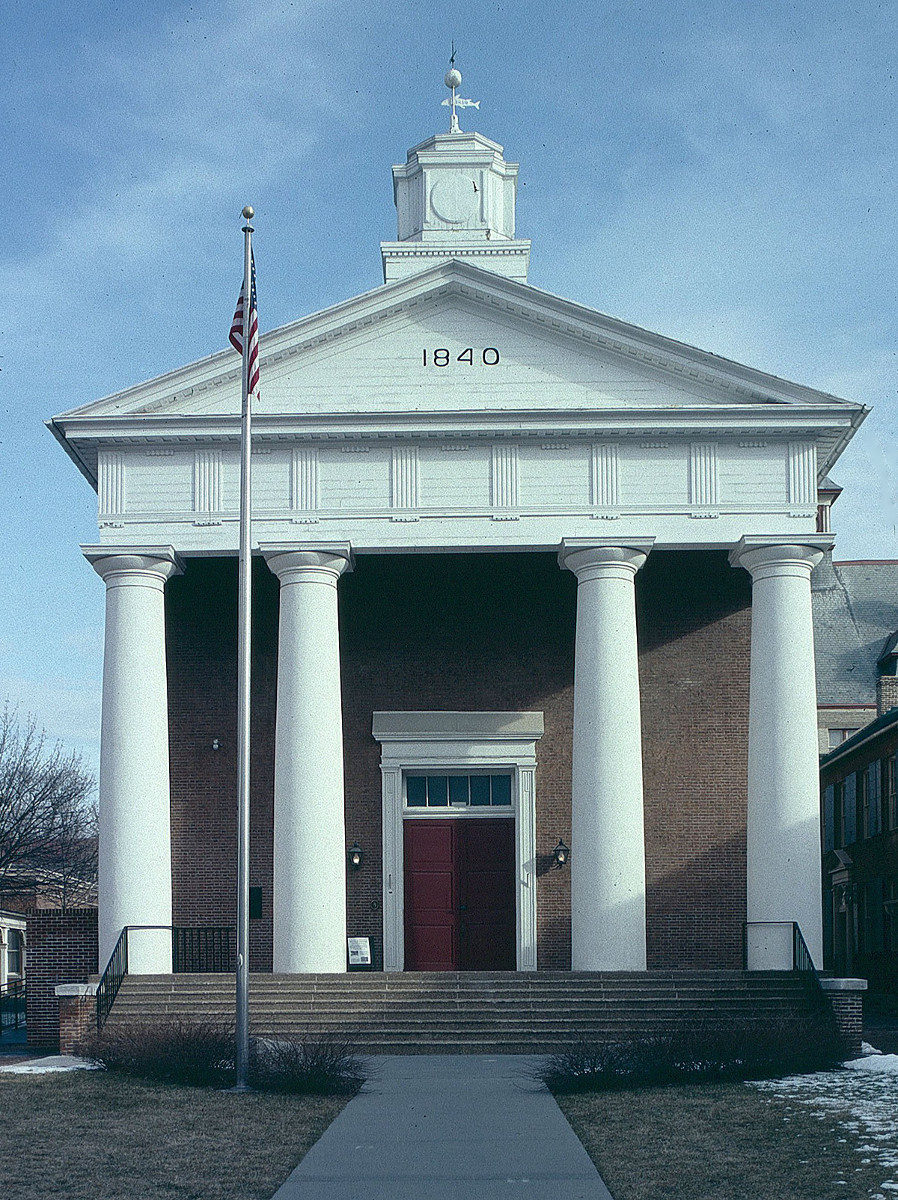 Frederick County Courthouse is one of only a few Greek Revival-style courthouses in Virginia. Built in 1840 on a prominent site in the center of Winchester‘s commercial district, the two-story, Flemish-bond brick building is fronted by a pedimented Doric portico and is topped by a two-tiered wooden cupola with a truncated octagonal roof. The two main interior spaces, one on each floor, are lighted by large 12-over-12 sash windows. The first-floor courtroom, which has changed little since the 1930s, is one of the best preserved in the Commonwealth. Both Union and Confederate forces used the courthouse as a hospital and a holding facility for captured prisoners during the Civil War. Recently uncovered graffiti on the plaster walls of the upper main room attest to military occupation of the building. Frederick County courts ceased using the facility in 1984; thereafter it was used for county offices until 1997. After a successful rehabilitation, the building now houses a Civil War museum.