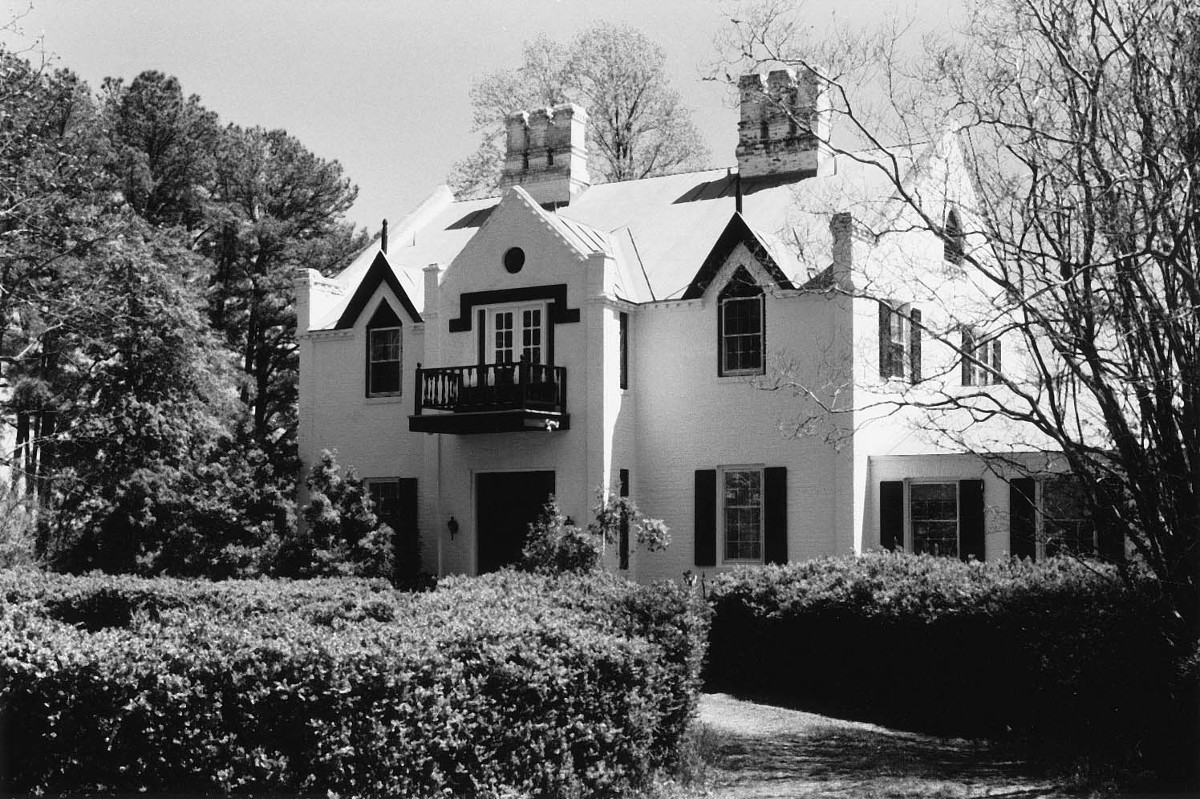 An illustration in Cottage Residences (1842), the influential architectural pattern book by architectural theorist Andrew Jackson Downing, provided the inspiration for this romantic Tudor style cottage. The dwelling was completed in 1851 for Dr. Philip Alexander Taliaferro, who owned a copy of Downing’s book. Design III in Cottage Residences, the plate after which the house was modeled, was recommended by Downing for a site on a body of water. Taliaferro’s house conforms to the recommendation; Burgh Westra is positioned on the west bank of Gloucester’s North River. Its name is Scottish for village of the west. The property has remained in the ownership of the builder’s family to the present. The house was gutted by fire in 1983, but the walls survived and the interior has been reconstructed. Dr. Taliaferro’s personal copy of Cottage Residences was lost in the fire.