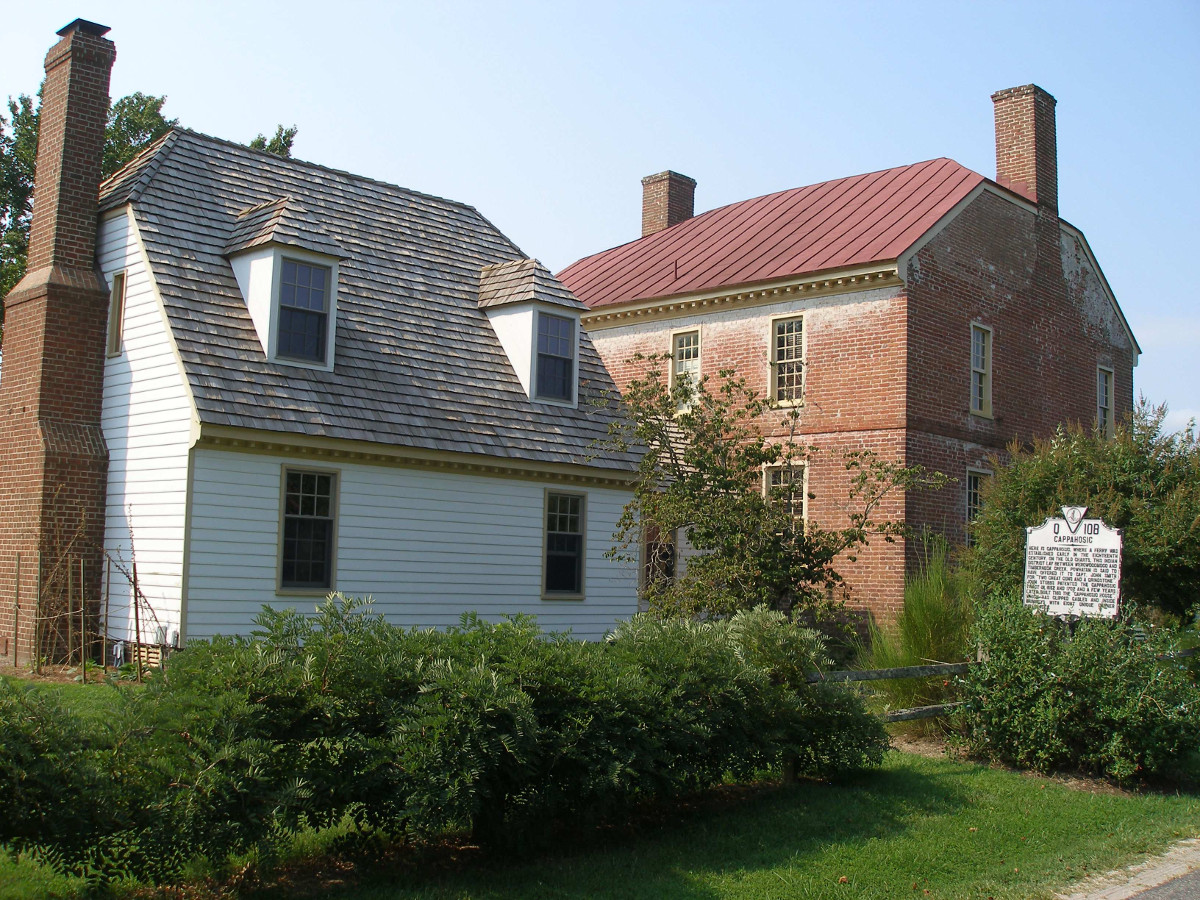 Cappahosic House stands on the York River as one of only a few remaining pre-Revolutionary houses in Gloucester County. John Stubbs is credited with building this Georgian home, which retains most of its original flooring and mantels as well as the roof support system. The house is also referred to as Cappahosic Ferry House because it is believed that this building accommodated ferry passengers during the mid- to late 18th century traveling between Gloucester and York Counties. The house later transferred into the hands of James C. Baytop, who defaulted on his loan almost 30 years later. Subsurface archaeological testing was conducted in July 2002 and recovered artifacts from mid- to late 18th- and 19th-century occupations. One test unit in the cellar revealed successive repair work on the cellar floor and stairs, including the original levels.