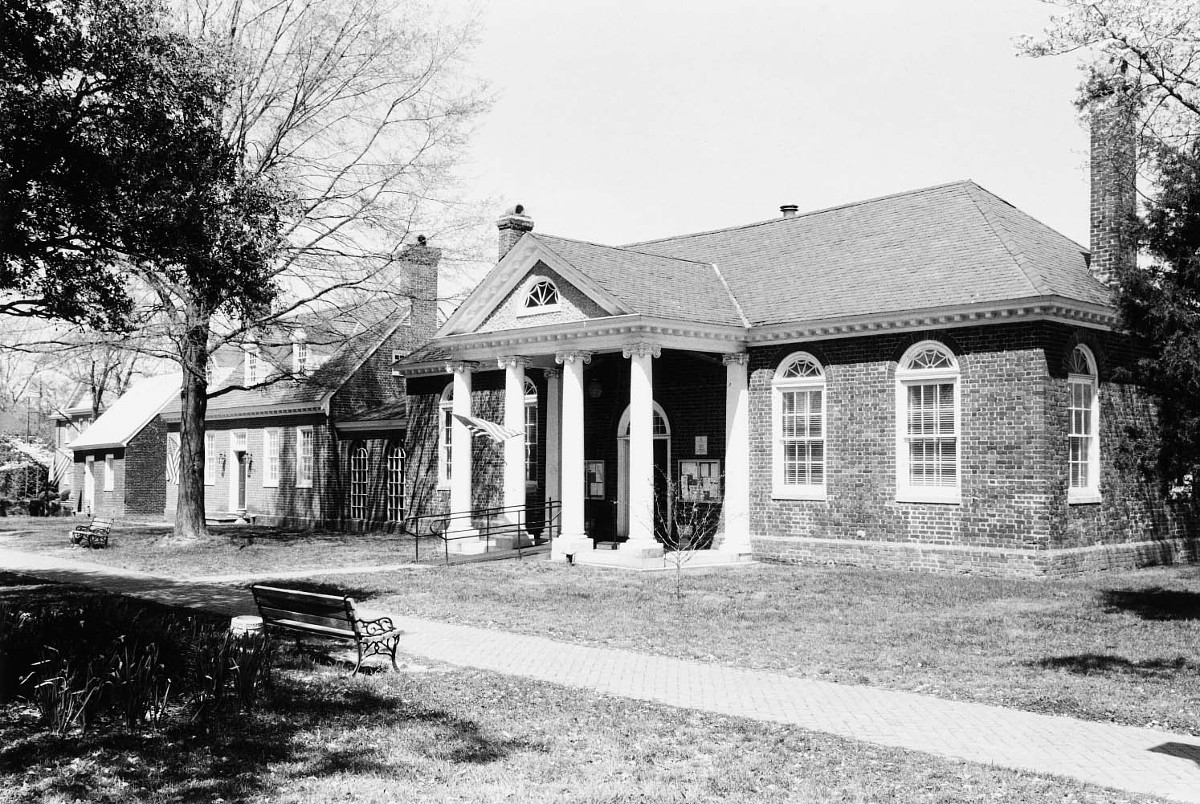 Set off by its T-shaped courthouse built ca. 1766, this cluster of public buildings and offices is a classic example of a Tidewater county seat complex. The principal county buildings are within a grassy walled area. The courthouse, although having undergone later alterations, including the substitution of the present ca. 1900 portico for an earlier porch, remains among the most sophisticated of Virginia’s colonial court structures. Other buildings on the square are the early-19th-century clerk’s office and debtors’ prison, and the late-19th-century sheriff’s office. Across the road stands the ca. 1770 former Botetourt Hotel, a rare example of a large colonial hostelry. It was restored in the early 1970s for county offices. On the north and south sides of the square are groupings of simple mid-19th- and early-20th-century frame law offices.