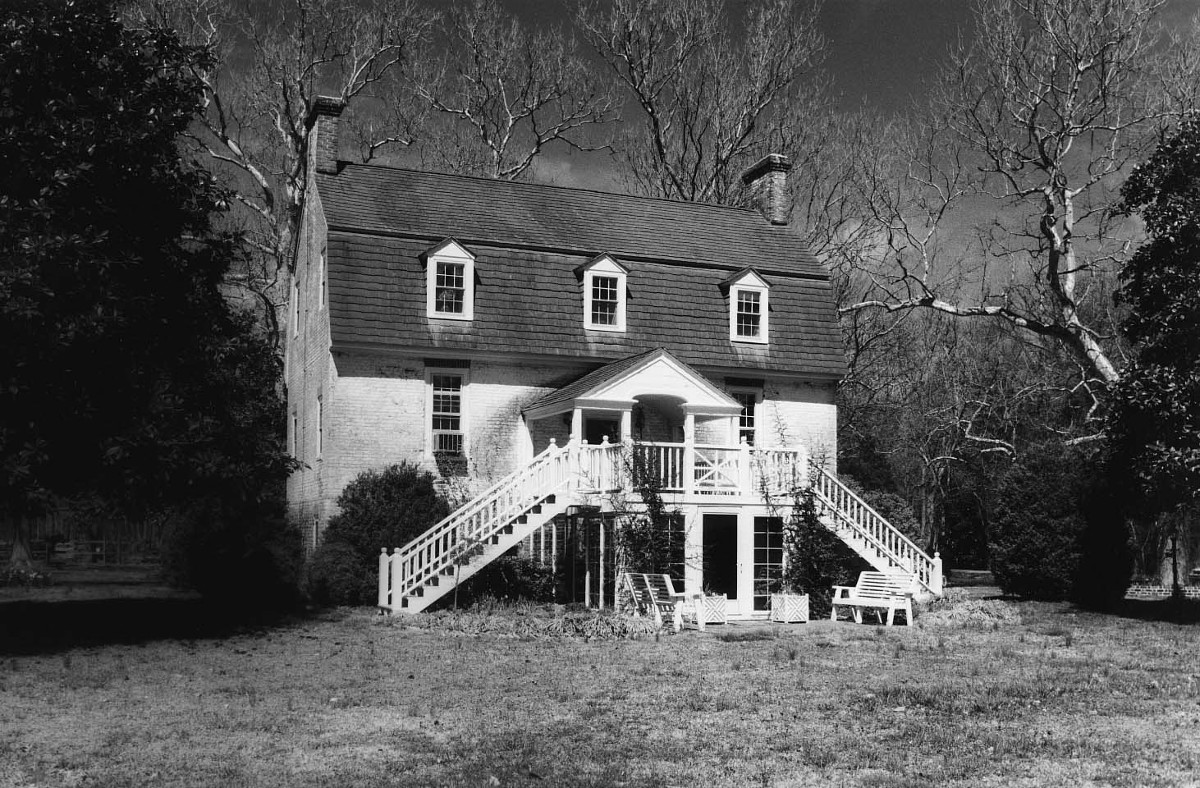 At the tip of Robins Neck overlooking the Severn River, this brick dwelling was the home of sea captain John Sinclair, a privateer. At the outbreak of the Revolutionary War, Sinclair contributed both his ships and services to the war effort. With his small, maneuverable vessels, he was among the first to take British ships as prizes. A native of Hampton, Sinclair acquired his Gloucester County property in 1796 and built his house soon after, living here until his death in 1820. Unusually tall because of its above grade basement (necessitated by the marshy site), the structure is a characteristic example of late-18th-century Tidewater architecture, making use of a gambrel roof, a form employed by many Gloucester County houses of the period. The house was restored in the 1970s by historian Claude O. Lanciano, Jr.