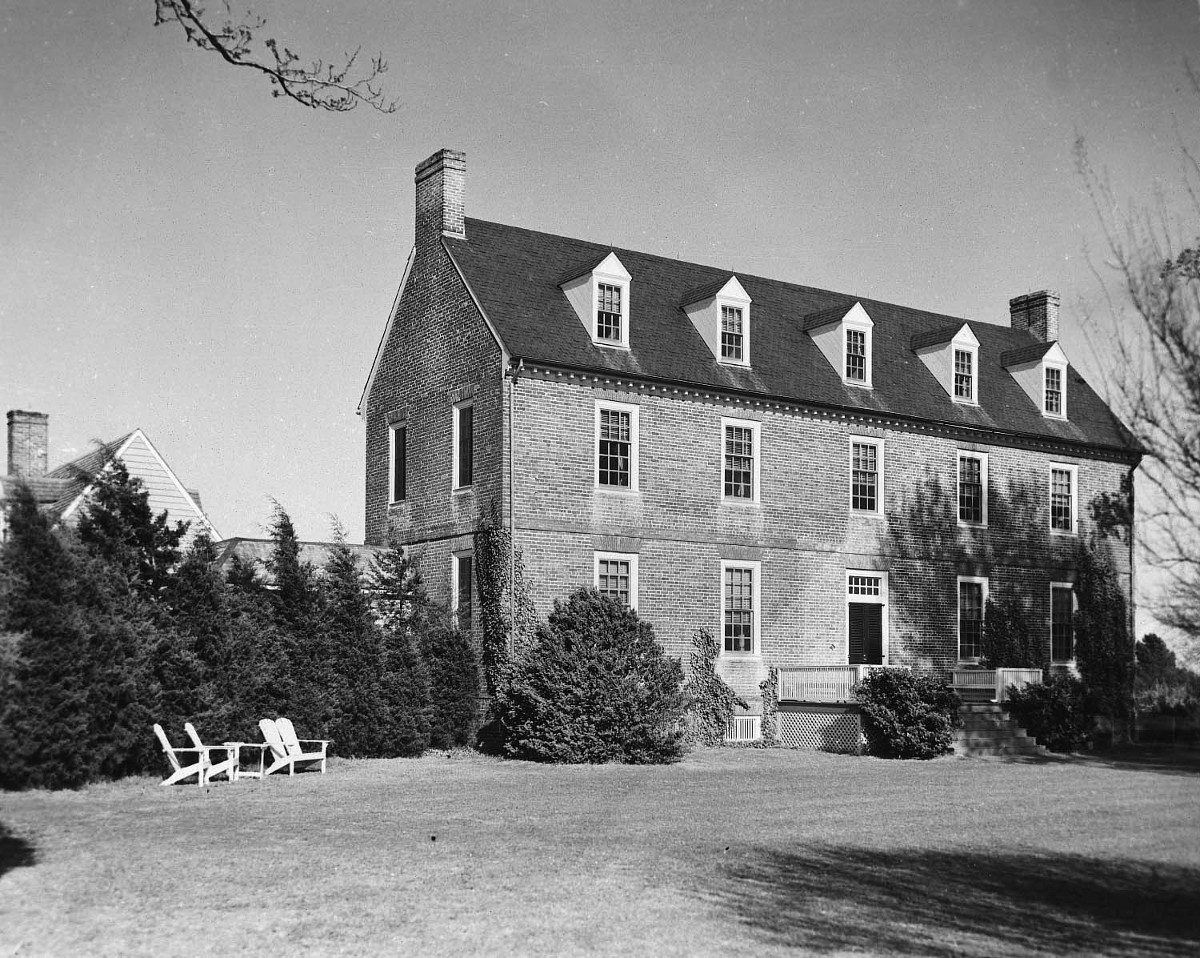 This symmetrical plantation house, in a commanding position at the mouth of Sara’s Creek, is a distinguished example of mid-18th century Tidewater architecture. Typical of the colony’s finest dwellings, the house is very plain on the exterior, relying on its regular fenestration, geometrical proportions, and fine brickwork for aesthetic effect. In contrast to the exterior, the interior has fully paneled walls and is highlighted by architectural chimneypieces and a Georgian stair railing, all showing colonial Virginia joinery at its best. The property was granted to John Perrin in 1651; the present house was built some 100 years later by his descendant, also named John Perrin. One of the frame wings is an 18th-century addition that originally was attached to the center of the land front and moved to the north end in the 1930s when the house was restored.