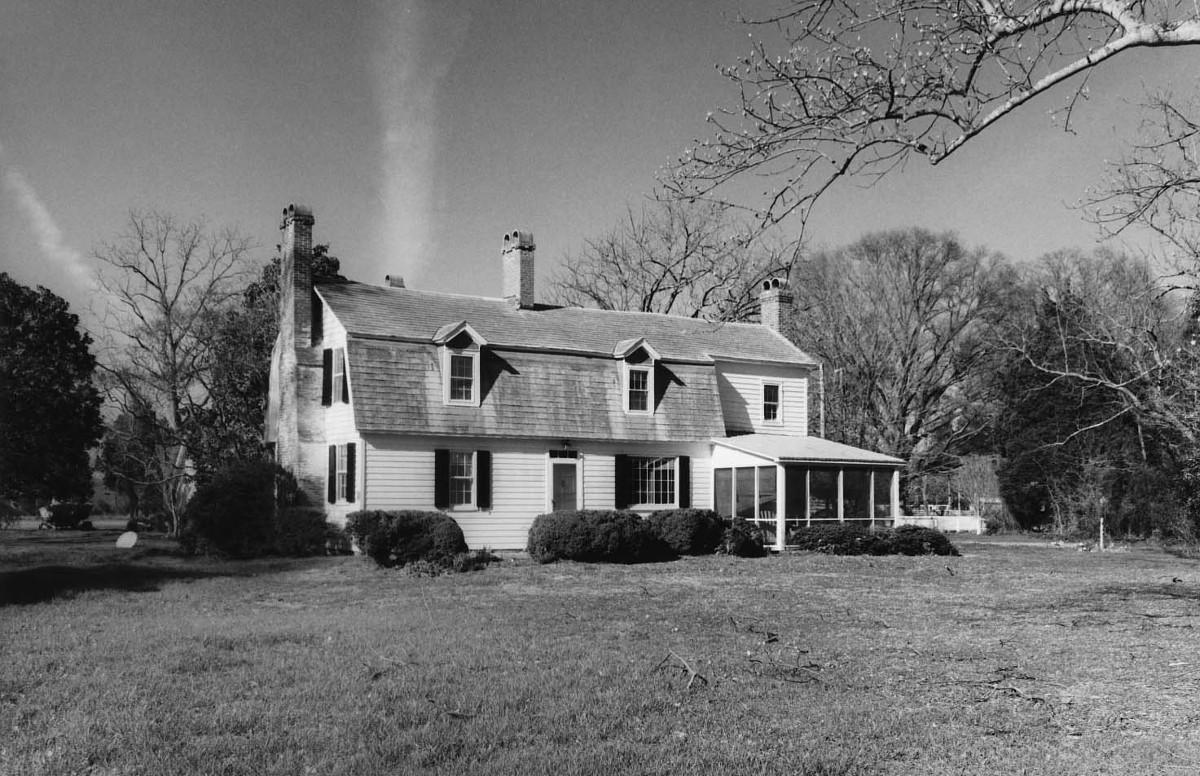 Lowland Cottage stands on land included in a 1642 grant to Thomas Curtis. Robert Bristow, Curtis’s son in law, became the owner ca. 1665, making it his “home plantation.” Bristow, a prosperous merchant, maintained a wharf and storehouse here, both despoiled by Nathaniel Bacon’s rebels in 1676. Bristow moved to England after the rebellion, and for the next 112 years his Virginia property was managed for him and his heirs by a series of resident agents. Circumstance suggests that the house was built by Bristow ca. 1670 but the actual date is not known. In its original form, with a center chimney, rear staircase, and ex-posed ceiling joists, the house was a late 17th-century vernacular type. The chimney was removed in the 19th century and replaced with end chimneys and a smaller center stack. The property likely contains archaeological sites associated with 17th-century Tidewater commerce.