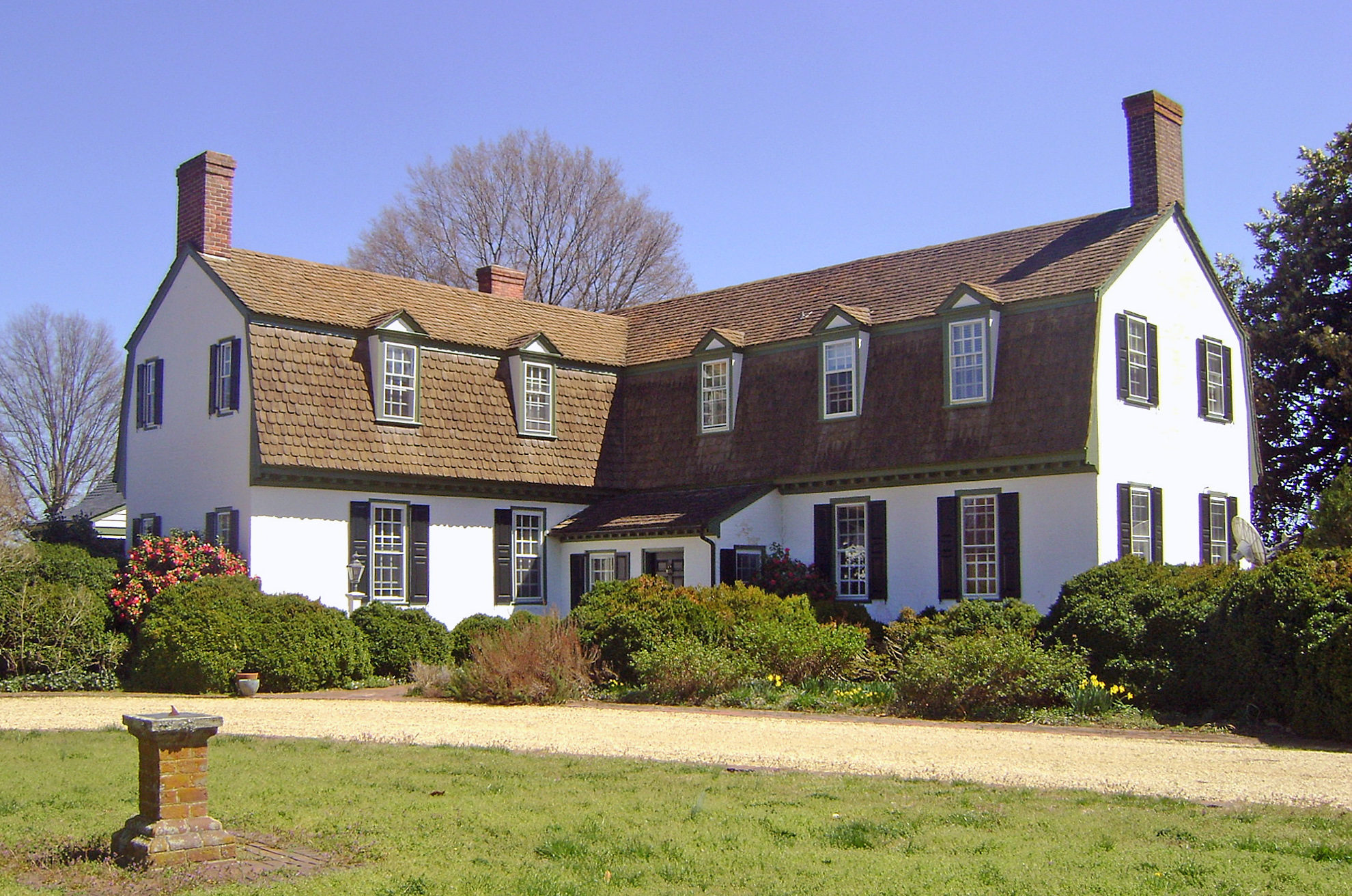 This much-evolved old manor house is one of Virginia’s most admired historic dwellings. The Gloucester County property was acquired by the Todd family in the late 17th century, but the original portion, probably a simple side-passage structure, was most likely erected for Christopher Todd before his death in 1743. By 1782 Toddsbury was owned by Todd’s grandson Philip Tabb, who added the library wing in 1784. Tabb also changed the gable roof to a gambrel roof and added the paneling and other woodwork. The paneling and stair were likely executed by the same craftsman who installed similar woodwork in nearby Roaring Springs. The house underwent an extensive renovation after 1946, when the kitchen wing was added and the porch modified. In 1957 Toddsbury became the home of Virginia preservationist Gay Montague Moore. Overlooking the North River, the house has noteworthy landscaped grounds and formal gardens.