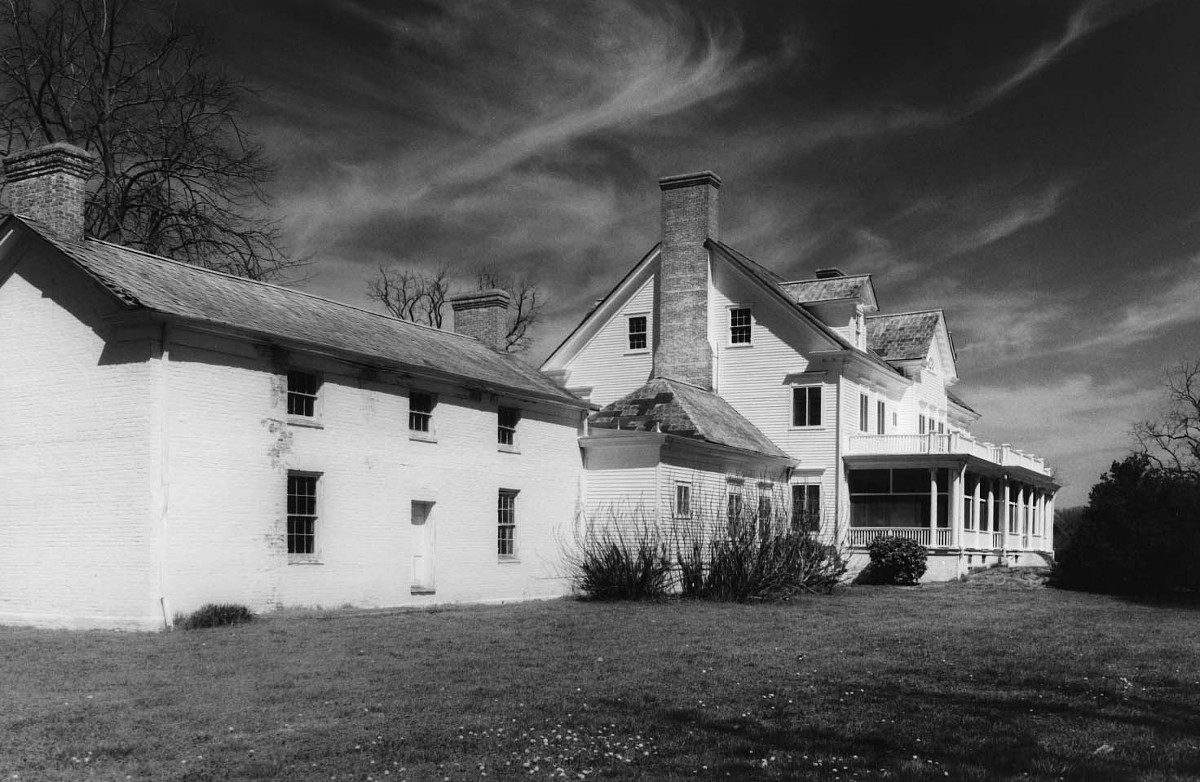 On the Northwest Branch of the Severn River, Warner Hall is one of Gloucester County’s most venerable plantations. It was established in 1642 and was the home of councillors Augustine Warner I, Augustine Warner II, John Lewis I, and John Lewis II, as well as George Washington’s grandmother, Mildred Warner Washington. Washington’s diary records visits here. Remaining from the colonial period are two brick dependencies probably built by John Lewis II in the mid-18th century along with the colonial mansion between them. The latter was destroyed by fire ca. 1845. On its site is a stately Colonial Revival mansion, completed ca. 1905. Among the outbuildings is a rare colonial stable of brick construction. Sites of various other buildings, possibly from the 17th century, likely remain. The walled Warner and Lewis family cemetery here is owned by the Association for the Preservation of Virginia Antiquities (now Preservation Virginia).