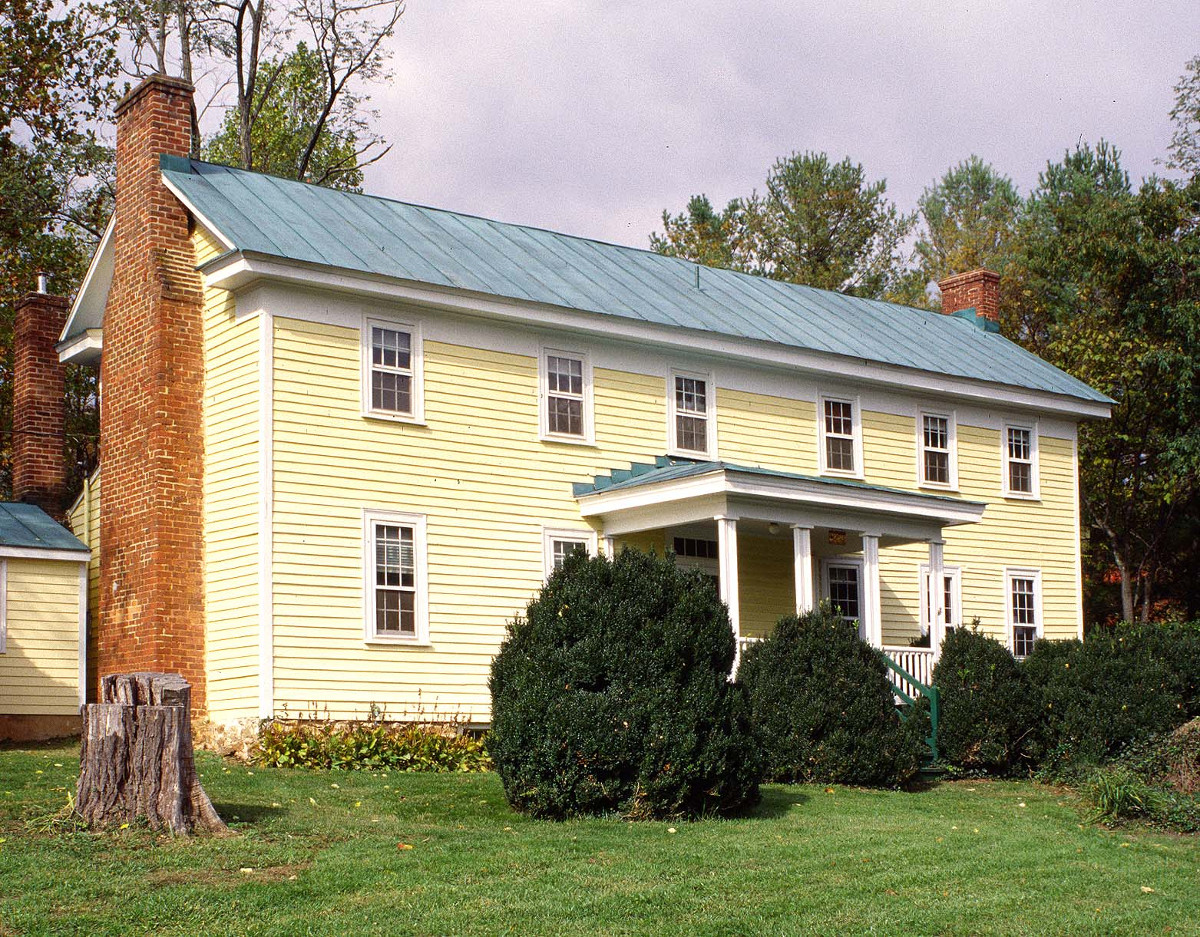 Powell-McMullan House is a simple, but ample, frame dwelling built about 1800 that was more than doubled in size in 1842. Architectural evidence suggests that the original house was a two–story, hall-and–parlor-plan dwelling constructed during the ownership of Ruth Powell Breeden, daughter of an early settler. This section features floor-to-ceiling beaded sheathing with handwrought rosehead nails, pit-sawn timbers, and mortise-and-tenon joinery. The Greek Revival addition was made by Jeremiah McMullan, son of another early settler and a Methodist circuit–riding preacher. While typically plain, the house is a good example of the vernacular architecture of the area. Its picturesque setting is framed by the Shenandoah Mountains and the South River that flows across the property frontage.