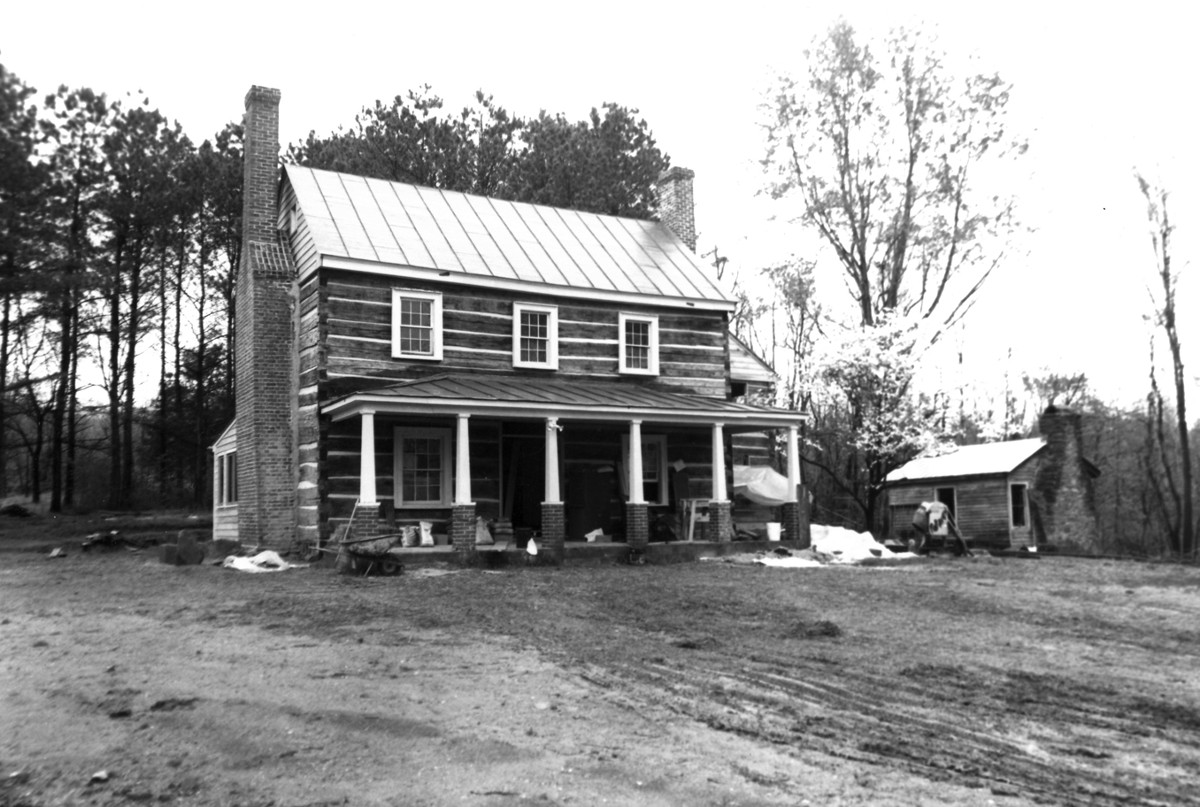 John Beadles, a Revolutionary War militia captain, acquired 437 acres of land at the foot of the Blue Ridge in 1788. According to tradition, Beadles had the two-story, log, hall-parlor-plan house built about the time of his marriage (1788 or 1789) to Lurania Miller. The house was built of chestnut and poplar logs, joined with full- and half-dovetail notches. Important early features survive, including Flemish- and English-bond chimneys, board partitions, batten doors, beaded ceiling joists, a boxed winder stair, Georgian and vernacular Greek Revival mantels, and handwrought hardware including HL hinges with leather washers. Because the interior walls have survived virtually intact, they offer a rare opportunity to study late 18th-century construction. Later, wings were added to the rear and a Craftsman-style porch to the front.