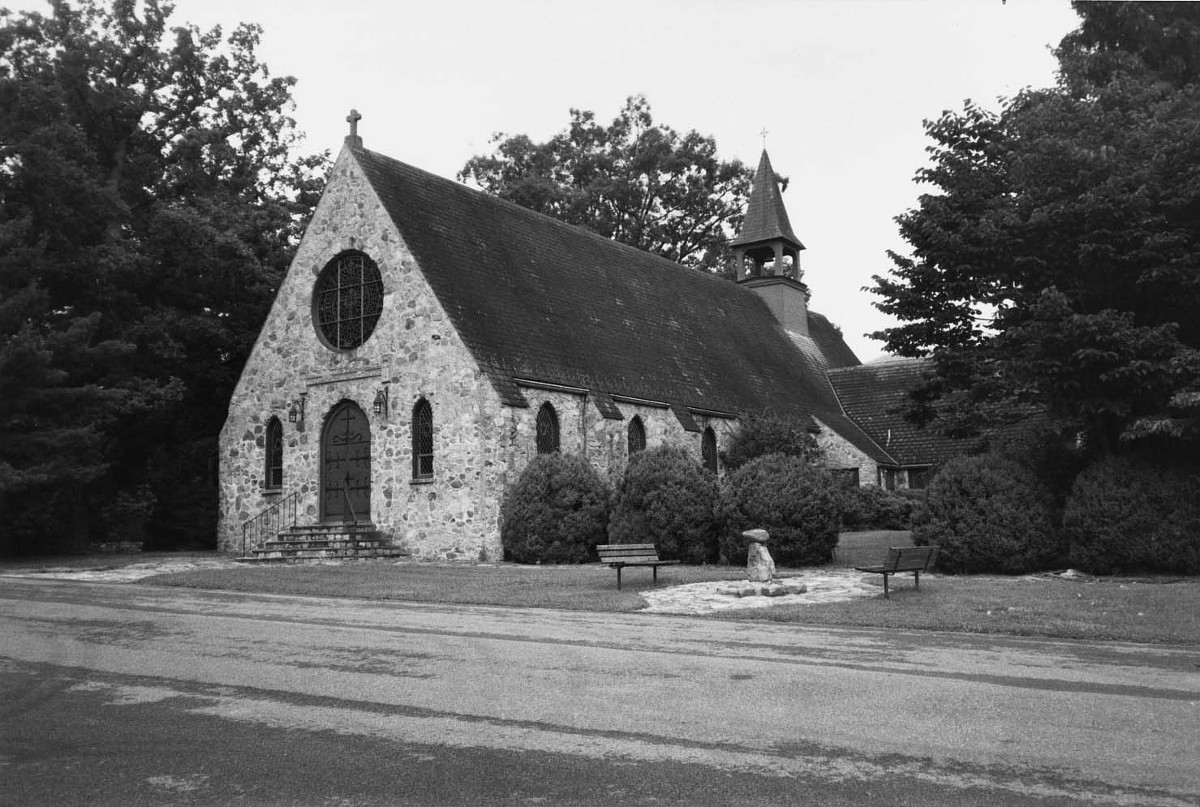 The Blue Ridge School (formerly the Blue Ridge Industrial School) was founded in 1910 by the Rev. George P. Mayo as a missionary effort of the Episcopal Church to bring educational opportunities to isolated mountain communities. In 1924 Mayo determined that the school should have a chapel and boldly sought the services of Ralph Adams Cram, the nation’s foremost practitioner of the Gothic style. Cram, best known for such monumental works as the West Point and Princeton university chapels, donated the Blue Ridge chapel design, listed in his log as job #670, 1928. The spare but deft work, executed in native fieldstone, was carried to completion in 1932 under the supervision of Charlottesville architect Stanislaus Makielski. Makielski also designed the adjacent Tudor-style Martha Bagby Battle House, built in 1934 as the headmaster’s residence.