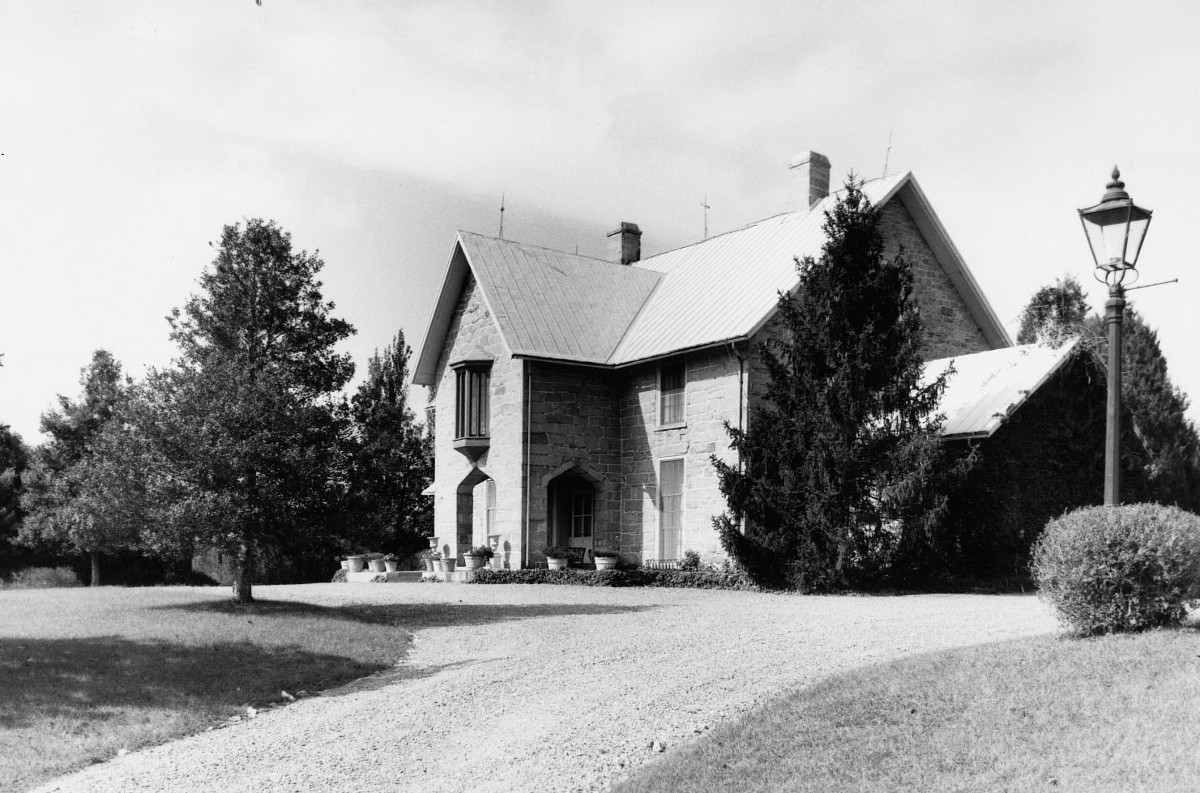 Tarover is one of the several architecturally distinguished houses commissioned by the Bruce family. It was built in 1855-56 for Thomas Bruce, son of James Coles Bruce for whom the nearby Greek Revival mansion Berry Hill was built. Both Berry Hill and the Gothic-style Staunton Hill, home of James Coles Bruce’s half-brother Charles, were designed by their architect and friend John E. Johnson. It thus is presumed that Tarover is also a Johnson design. With its projecting porch with chamber above lighted by a delicate oriel, the house is based on a Gothic villa scheme published in A. J. Downing’s The Architecture of Country Houses (1850), a work formerly in the Berry Hill library. The house lost some of its original picturesque character around the turn of the century when its icicle-like bargeboards were removed. Tarover remained in the Bruce family until 1891.