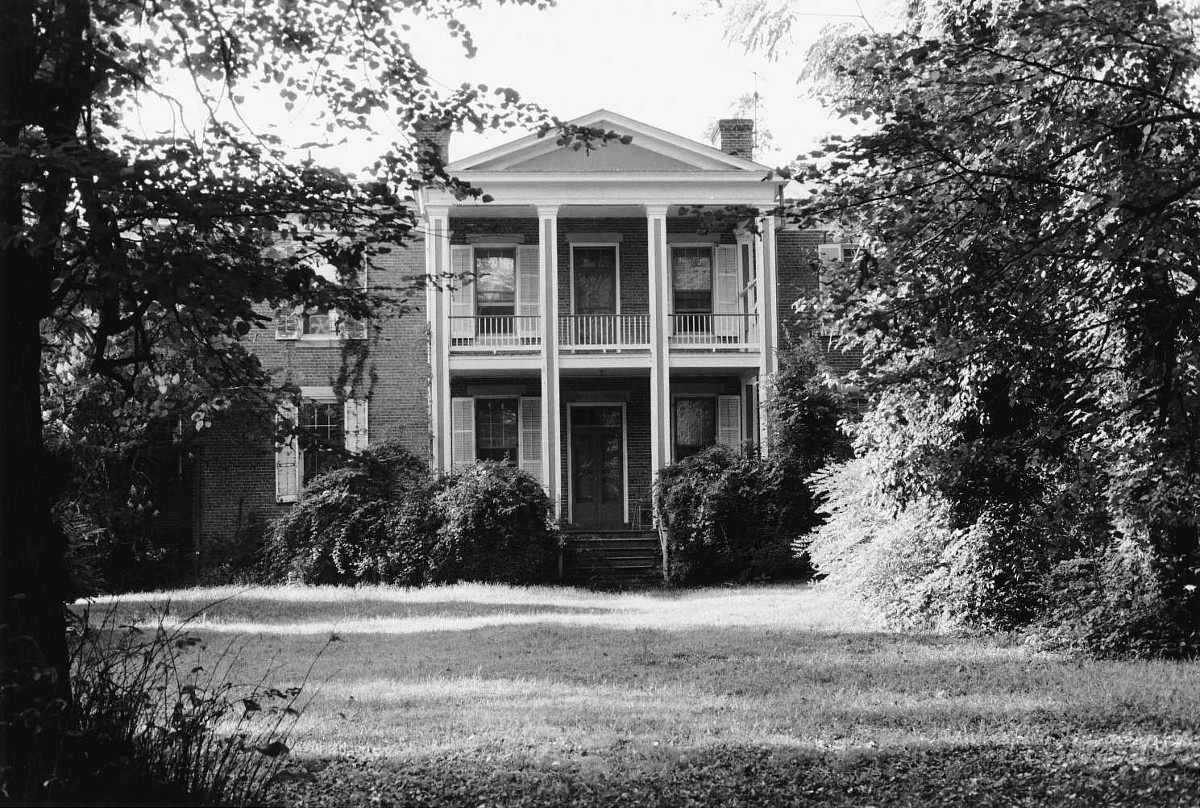 This extensive Hanover County plantation has been the property of the Wickham family since 1820 when Robert Carter of Shirley left 1,717 acres to his daughter and son-in-law, Anne Butler Carter and William Fanning Wickham of Richmond. The Wickhams’ son, Williams Carter Wickham of Hickory Hill, was a Confederate general and legislator, and later served as president of the Chesapeake and Ohio Railway. The original house, completed by 1827, burned in 1875 and was replaced by the present brick house, erected in a form reminiscent of the antebellum period. An 1857 brick wing survived, however, as well as an important collection of antebellum outbuildings and farm buildings including a Gothic Revival library. The spacious grounds are a remarkable example of antebellum landscaping, containing a romantic-style park with outstanding specimen trees, a geometric boxwood garden, and a tree-box walk of unusual height.