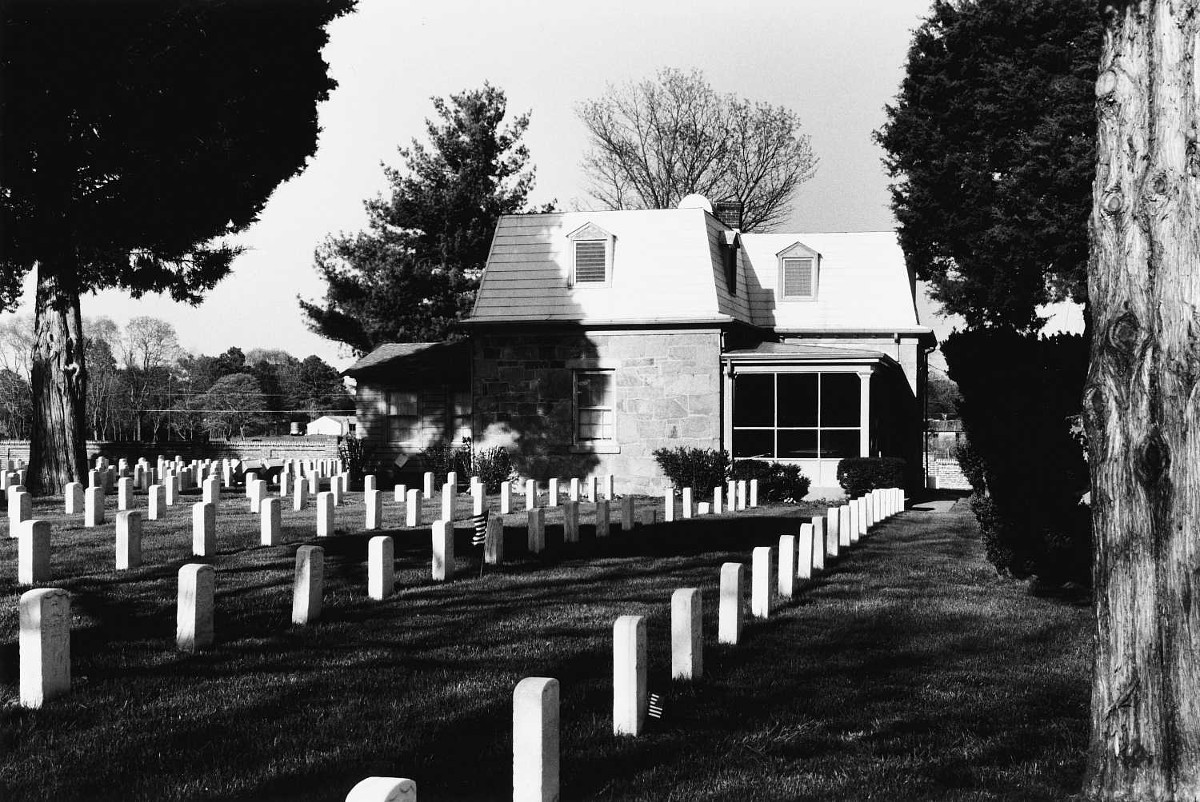 Established on April 30, 1866, the Cold Harbor National Cemetery contains 2,099 interments, including 1,313 unknown Union dead from the Civil War. A Medal of Honor recipient, Sgt. Maj. Augustus Barry, 16th U.S. Infantry, is also buried here; he was the cemetery superintendent when he died in 1871. Most of the soldiers were killed in the campaigns of 1862 and 1864 around Richmond. Many died during or soon after the battles of Mechanicsville, Gaines’s Mill, Savage’s Station, and Cold Harbor. After the war, the U.S. dead were gathered from the sites of their hasty battlefield burials and reinterred in this and other national cemeteries. Confederate soldiers likewise were reinterred in such burial grounds as Hollywood Cemetery in Richmond. The Cold Harbor cemetery includes a superintendent’s house built in 1870 in the Second Empire style from a design by Quartermaster General Montgomery C. Meigs.