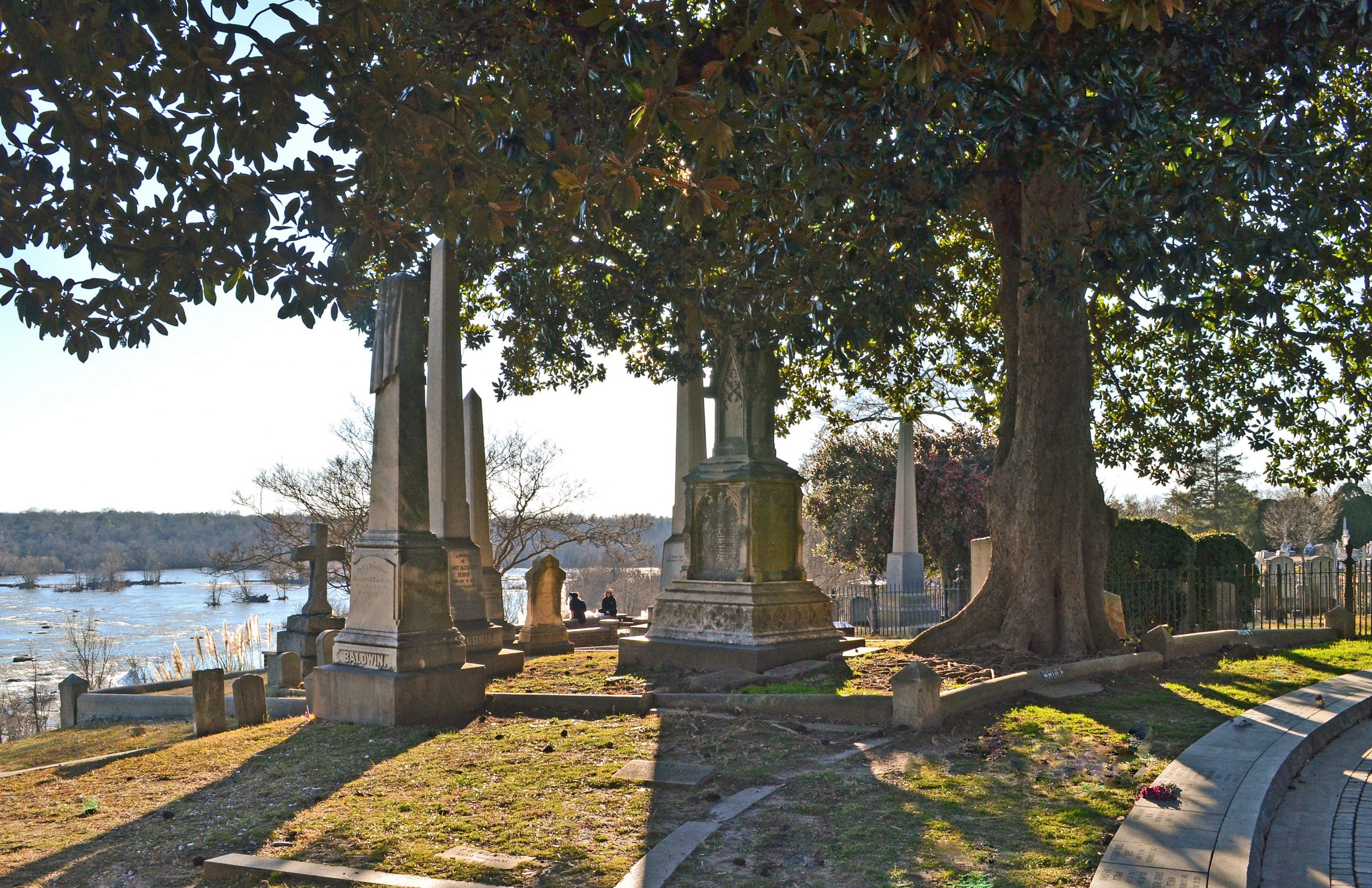 Named for its stand of holly trees, Hollywood Cemetery was laid out in 1848 by John Notman, a Scottish architect who settled in Philadelphia and became a pioneer in the design of romantically landscaped parks and cemeteries. Hollywood follows Notman’s usual format, being spread across hills and ravines, with winding, tree-shaded roadways and paths. Large landscaped cemeteries were both popular and practical in their day; they were attractive places to visit and objects of civic pride. Over the next century, Hollywood became an outdoor pantheon of notable Virginians and was embellished with an outstanding collection of monuments and ornamental ironwork. Interred here are U.S. presidents James Monroe and John Tyler and Confederate president Jefferson Davis, as well as J.E.B. Stuart, John Randolph of Roanoke, and Matthew Fontaine Maury. A huge dry-laid stone pyramid marks the graves of 18,000 Confederate soldiers.