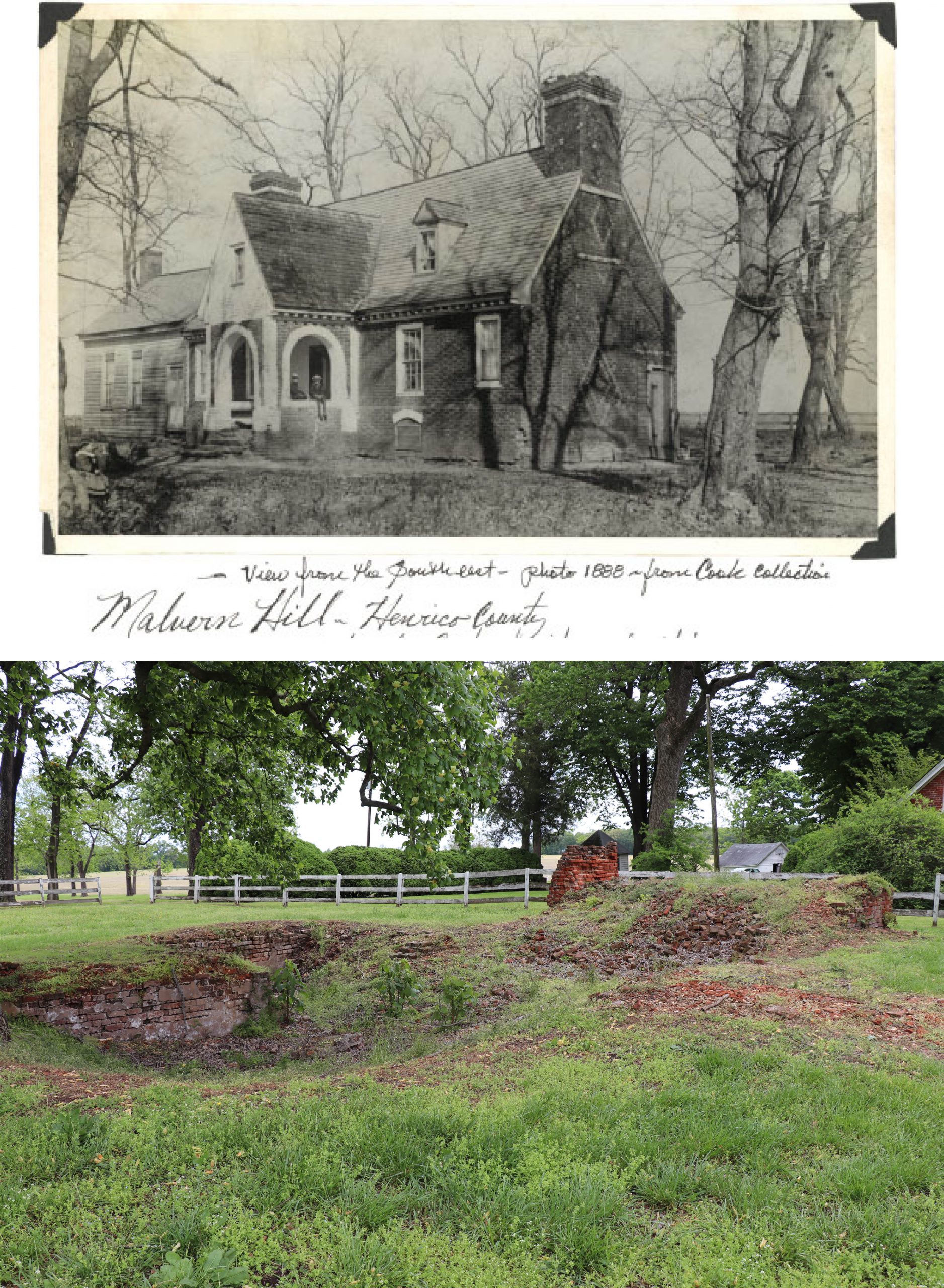 The focal point of Malvern Hill is the site of the manor house, built in the early 18th century and burned in 1908. The house was built for Thomas Cocke (d. 1697), sheriff of Henrico County and a member of the House of Burgesses, and reputedly replaced an earlier frame dwelling while incorporating that house’s fine brick chimney. The Cocke family owned the property until the late 18th century. The ruined east chimney is still discernible, as is the cellar, but little else remains of the house. Malvern Hill figured in three wars. Lafayette encamped here in July and August 1781, and the Virginia militia made camp here in the War of 1812. The bloody Civil War Battle of Malvern Hill took place nearby during the Peninsula campaign. Some 5,500 Confederates fell on the slopes of the hill on July 1, 1862. The house served as a Union headquarters.

The original 1969 nomination was updated in 2017 with maps delineating more accurate boundaries for the 742.71-acre Malvern Hill property.
[NRHP Approved: 6/5/2017]

An extensive update to the Malvern Hill nomination was drafted in 2020. As Malvern Hill is within the historic boundary of the Malvern Hill Battlefield and the Glendale Battlefield, this additional documentation was approved by the National Park Service under the Multiple Property Documentation Form, The Civil War in Virginia, 1861-1865: Historic and Archaeological Resources.
[NRHP Approved: 10/15/2020]