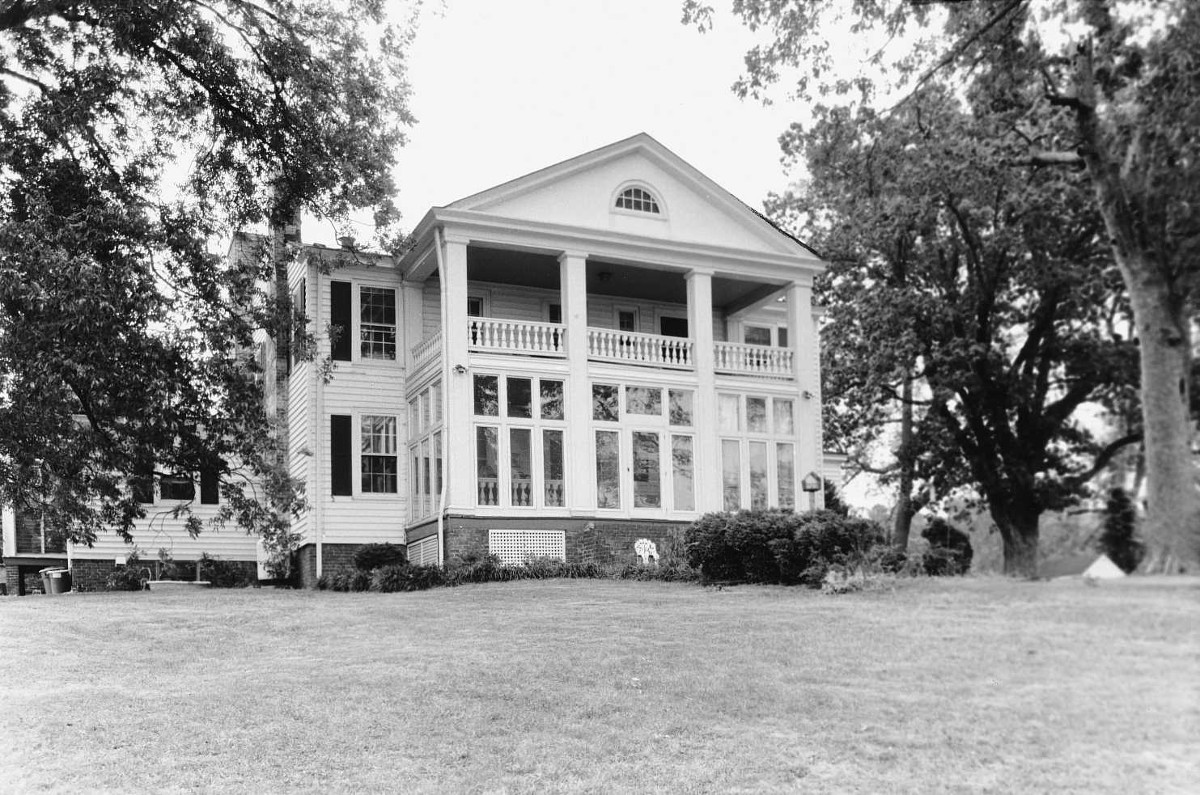 On a commanding bluff overlooking the bottomlands of the James River, with a panoramic view of the Richmond skyline to the west, this imposing frame house with its surrounding outbuildings was the home of two prominent Henrico County families, the Seldens and the Roanes. The original portion of the much-evolved and enlarged structure was erected in the late 18th century by Miles Selden, the county clerk and local politician. During Selden’s tenure, Tree Hill was known for its racetrack; Lafayette attended a well-publicized horse race here in 1824. The property passed to Selden’s son-in-law William Roane, a U.S. congressman and senator. At Tree Hill on April 3, 1865 Richmond mayor Joseph Mayo surrendered the Confederate capital to Maj. Gen. Godfrey Weitzel, commander of the Union army in front of Richmond. The plantation maintains a scenic rural edge for the east end of the city of Richmond.