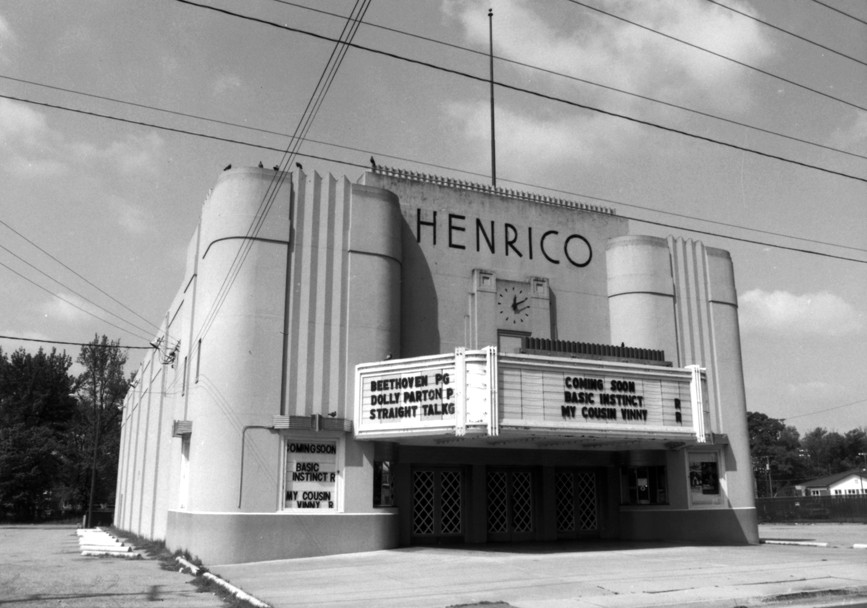 Henrico Theatre is a two-story Art Deco movie palace in Highland Springs, and one of two significant Art Deco resources surviving in Henrico County. When it opened on April 25, 1938, it was the most prominent and architecturally sophisticated theater in the Richmond area, despite its then-rural location. Edward Francis Sinnott designed its sophisticated streamlined exterior and interior, and used cutting-edge building materials such as monolithic poured concrete. The theater featured high-tech equipment such as a Simplex E-7 projector for showing movies, and it offered customers a chilled, air-conditioned environment during hot weather, a rare attraction at that time. Henrico Theatre was so well-received that in a 1940 Architectural Record poll, it was nominated by a distinguished panel of Richmonders to be one of the most outstanding examples of recent architecture in the greater capital region.