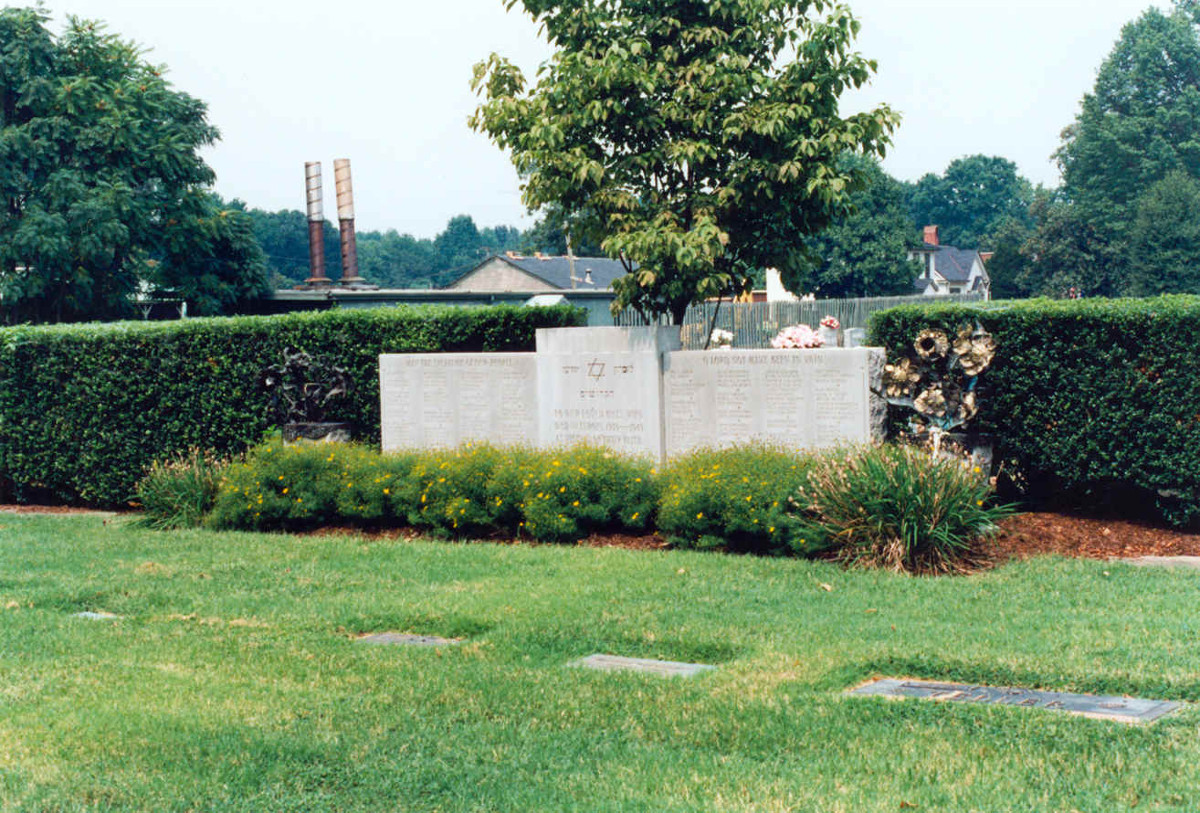 Emek Sholom Holocaust Memorial is the sole monument of its type and size in Virginia to honor and remember the victims of the Holocaust from 1933-1945. Erected in 1955 by the New American Jewish Club of Richmond, the monument is among the first of its kind in the country. The Emek Sholom, ”Valley of Peace,” monument is a simple tripartite design in pale gray granite bearing the names of 200 victims of the Holocaust whose families fled to Virginia from Germany and Eastern Europe. The monument is the centerpiece of a burial ground for those Jewish families who came to Virginia after 1933. Although constructed less than 50 years ago, it is a rare and extraordinary symbol of both a vibrant Jewish community in Richmond and the energy and devotion of Richmond’s New American Jewish Club.