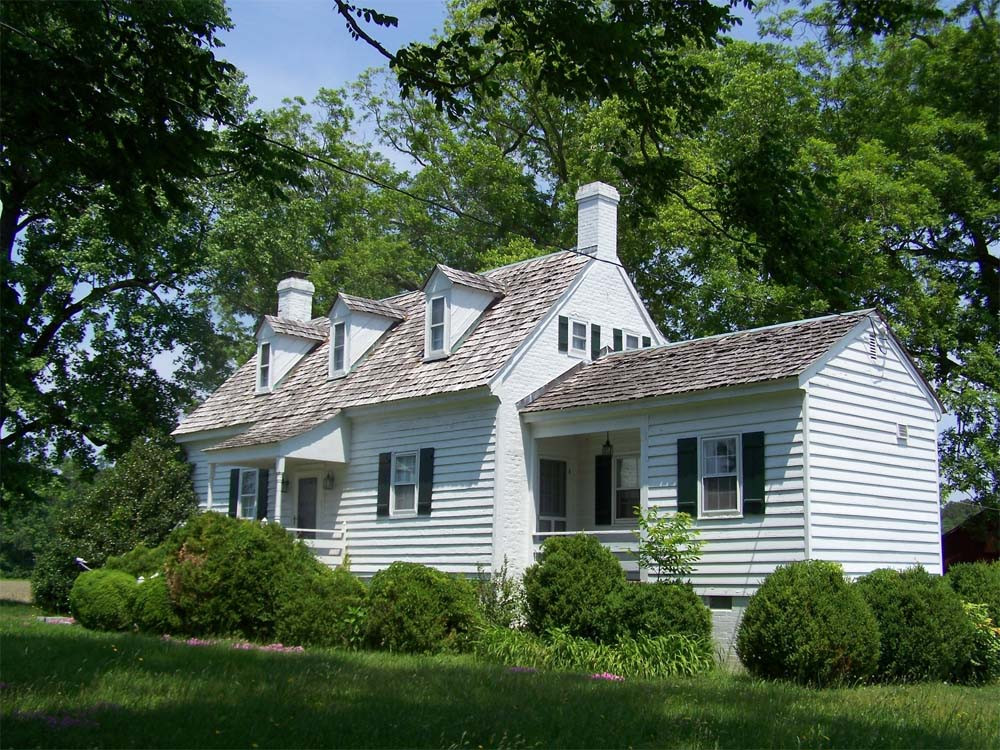 The Henry Saunders House, built for Henry Saunders around 1796, is a story-and-a-half, three-bay, hall-parlor-plan, beaded weatherboard house. The dwelling is distinguished by bracketed Flemish-bond brick gable-end walls and rests on a raised brick basement. The gable roof has modern wooden shingles with a box cornice and classical bed molds at the roofline. Three gabled dormers light the south slope of the roof. A frame lean-to wing with a room and a porch was added in the 19th century, when a one-story kitchen wing was also appended to the eastern end of the dwelling. In size and in numbers and kinds of spaces, the house resembled those owned by other late 18th-century Isle of Wight farmers who fell just below the countywide and statewide elite. Some of the interior architectural elements are displayed at the Smithsonian Institution to illustrate the life of late 18th-century Tidewater farmers.