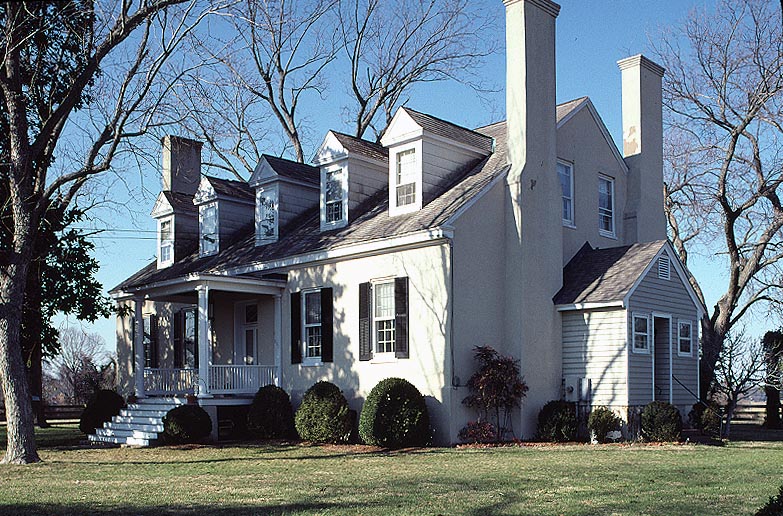 Windsor Castle Farm is a fine example of a rural colonial dwelling remodeled in the mid-19th century with Greek Revival details to suit changing architectural tastes. The dwelling is thought to have been built about 1750 by Arthur Smith IV, founder of the neighboring town of Smithfield. It was remodeled about 1840 when the handsome Greek Revival trim was installed. Though reminiscent of details from pattern books by Asher Benjamin, no prototype has yet been found for the striking fretwork in the stair brackets. The house is part of a larger agricultural complex of 16 contributing resources including several 18th- and 19th-century outbuildings. The farm continues to have many acres under active cultivation. Its prominent setting on a knoll overlooking the Pagan River and tidal marshes make it an eminent Isle of Wight landmark.